Email
Email Business
BBB Rating
A+
BBB Rating and Accreditation information may be delayed up to a week.
Neighborhood
Applewood
Other Link 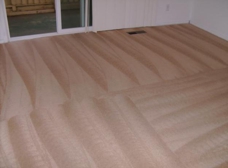 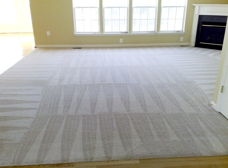 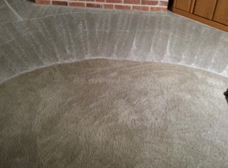 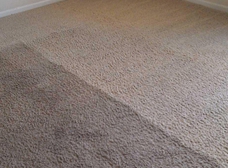 After being referred by my mother after she had recently gotten her carpets cleaned in her house, I decided to give Bronco Pro Kleen Carpet Cleaning a call and what a FANTASTIC job they did! All jokes aside, my carpets look brand new ! They feel soft and look so well maintained, you would never know they are almost 10 years old! I am so impressed with how well Bronco cleaned my carpets and will be referring them to everyone I know! They are seriously the best in town and my new go-to the next time I need to get my carpets cleaned!

The two-man crew arrived on time, provided the estimate based on my cleaning requests, did the cleaning and applied stain resister. They were efficient and thorough and completed the time in a timely fashion. They were great and I'll definitely use them again.

When I called to schedule I was told that for the amount I was quoted the previously listed carpet cleaning services would be performed. It was also implied that more than one individual would show up to perform the work. The morning of the cleaning only one person came at the very end of the arrival time window. I also want to mention that this Denver carpet cleaner showed up in an unmarked, plain white van, that did not bear the Bronco Pro Kleen name or Logo, which I thought was odd. The young man was polite and set to work immediately. When I asked him where the rest of his crew was, he said that he was it. Puzzled I questioned him about the fact that he was alone. I was curious how he was going to move my furniture by himself. He stated that he would only be moving small items that were less than 65 lbs. I told him that this was NOT indicated to me during the scheduling process. I also asked him how long it would take to complete the carpet cleaning work. He stated that it would be about 2 hours; something that I was also confused by, since he was by himself. While he cleaned the carpets, I worked on the computer and did not follow him around. After he finished I checked his work. Immediately I realized several things were wrong. First, he did not move the furniture, even the things that I was able to move BY MYSELF. Second he did not vacuum prior to cleaning like other Denver carpet cleaners did in the past. Third he did not clean the edges, corners, or behind the doors (they were bone dry). I had him go over several spots before he left that I didn't feel were done as well as they could be. He was very polite, and went over the places that I asked him to go over, and they did look better. When he was finished he asked for payment. I paid him, but with reservation, and indicated that I would be calling the main carpet cleaning office. He was not argumentative, still polite. I also asked about the fans, to which he responded that most of the carpets were nearly dry already and they wouldn't be necessary. This was not true, since it took approximately 24 hours for the carpets to completely dry. (When I scheduled they said that it would take no more than 6-8 without the fans.) Once the young man had left I noticed that wall had been damaged by the hose and would need to be repainted. Additionally, I noticed a piece of crumpled paper and a candy wrapper under two pieces of furniture in my living room. (Two pieces that could have and should have been moved easily) I called the main office and shared with them my concerns. They passed my concerns on to a carpet cleaning Denver manager who offered to have someone return to re-do the work to my satisfaction. Unfortunately due to scheduling issues (mine, not their's) that was not possible. They did, however, extend a 50% discount on the carpet cleaning service provided and offered to pay for the repainting of my wall. So I ended up paying $300 in total for the carpet cleaners service. The customer service on the back end of my experience was good, but I don't know if I would use them again considering all that happened.

Last week my washer unit overflowed. The overflow shut off switch must have failed. The water flowed onto the carpet in the upstairs closet where the unit is located, spread across the carpet of the closet and into portions of the master bedroom, and down the walls into the kitchen located in the first floor.

When my wife heard the water, I ran upstairs to turn off the washer and to survey the damage. I first tried calling the other Denver carpet cleaning service that i usually use. But was told they dont handle this kind of thing. I then called Bronco pro kleen carpet cleaners Denver, and the owner (Travis) said that the minimum charge for a team to get to me is $360 ($180 per hour for 2 hours) but he did give me a rough estimate of how much everything will cost based on what I told him over the phone.The eventual cost was $414, which was on the low end of the range.

I gave him the permission to send his crew, and Todd arrived a bit late. That's the only negative mark on the whole experience, but it was mitigated by the fact that. Todd was at another carpet cleaning job right before mine. Todd was careful, asking a lot of questions, and checking various spots on the carpet and the wall. We agreed on what needed to be done.

He opened up the electrical socket housing in the kitchen and did not feel any water. He didn't want to rip into the wall without a good reason, so he also advised me on how to pull back the cabinet downstairs to check the wall. This saved me money. I was able to do the check myself the following day, and the wall was completely dry.

This was a good experience for me, despite the high stress of having a washer flooding the closet and having a potential mildew fiasco. So kudos to Todd, Travis and bronco pro kleen.

Carpets came out much better then expected but there are a few spots that came back. Will be having you come out to fix free of cost.