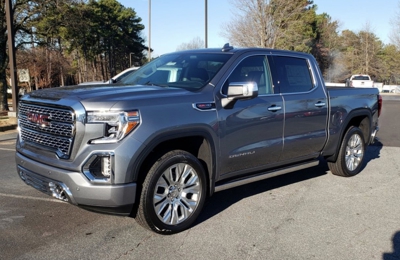 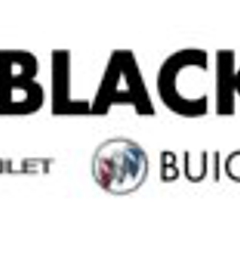 Found the exact truck that I wanted and was able to deliver it on time! Carl Black in Kennesaw is the best Chevrolet Buick GMC dealer in Atlanta Ga!

I have been getting my service done to my vehicle here for years now. This dealership always takes care of me and lets me know when something is not ready to be done yet. Other dealers will just want to take your money. I would recommend this dealer to anyone.

I wish there was 0 stars. I had my car serviced here and my debit card was charged twice for $2,820 today 12/16/2016 totaling $5,640 one week before Christmas!!! Accounting rep responsible for the refund(Sheila Beck) has NO CUSTOMER SERVICE skills!! She didn't get out her chair to explain to me or talk to me directly, only to the service rep as she just stared on with no concern through her glass window. So asked to speak to Director-No definitive time frame on my refund after talking Service Director. They don't even know how long it takes their vendor (MES) to process the refund. It takes 2 seconds to take your money, but Carl Black has no clue how long MES will take to process my refund/credit. INCOMPETENT!!! So now I'm left to figure out how to pay for: dinner I was hosting for 15 kids I mentor, groceries, gas for my car, my birthday plans, last minute Christmas items, not to mention regular bills......because who knows when Carl Black will show ACCOUNTABILITY and give me MY money back. It doesn't affect them personally so they DO NOT CARE!!!!

absolutely horrible staff.extremely confusing on find the prices on the cars. You had to put your finger over two of the serial numbers and it would apparently reveal the price.when I asked the salesperson where are the prices were on the cars He argue with me and said that there are all the car.I pointed to a car and ask for the price surprise there was no price on it. he told me we just got that one in.I would never buy from a lot that doesn't show you the price .

This dealership is a deceiver with very poor moral character from salesman Cean Butler and finance manager Louis Spaeth. It has terrible customer service. I have informed anyone I know looking for a new vehicle not to purchase from this dealership. I went with a General Motors Corporation vehicle due to family elders being retirees and regret the decision every day. On November 22, 2014 I walked into the dealership and stated I wanted a red 2014 Terrain SLT-2. The salesman Cean Butler said they only had a red 2015 Terrain SLT-2, so I said okay. He complimented me on knowing exactly what I wanted. I test drove it and noticed some features were not working, specifically the rear camera beep and blindspot detector. When I asked about them, Cean Butler said they had to be turned on but the manual would explain how to turn them on. I understood some features did have to be turned on like the guidelines for the rear camera. I was okay with this and knew it was late. I was not able to read the sticker due to it being dark outside and asked for it once we got back to the dealership. It was not provided until after the contract was signed and folded in the console. During my first days of ownership I realized I had been lied to and placed into a vehicle I did not ask for or want. Cean Butler placed me in an SLT-1 with some upgrades (power lift gate, power sunroof) but did not include the items I requested (safety package, memory seat). He specifically said the car was an SLT-2. I contacted Cean Butler and Louis Spaeth, the finance manager immediately. I asked to return the vehicle to get what I want, pay them for the mileage used, forfeit the first car payment I submitted and negotiate on the vehicle I wanted. It was a win for the dealership and I was taking the loss. I was told no deal, and since I looked at the car I should be okay with what I got. I understand my role in this by trusting Cean Butler and the dealership to be honest and good business neighbors. The terrible lack of customer service I was given after the purchase helped me understand I will never purchase another vehicle from here again. I have never been talked down to as I was by Louis Spaeth on more than one occasion. I was treated as though my business or concerns did not matter by Cean Butler or Louis Spaeth after the deal was done. I know a good customer experience pays a business back tenfold. I have been contacted by the dealership customer service to submit a survey but never to resolve the issue at hand. I have yet to receive a phone call or any correspondence from the dealership to reconcile in any way or provide a better customer experience. I have had a less than pleasant experience by this dealership. I have never experienced such a poor customer experience from a business. This experience causes me and my family to have valid negative taste and thought about the General Motors Corporation, which is regretful as many of my elders retired from the organization.

do not buy from this dealership! absolutely the worst service department ever! 1 star is generous.

Bought a car from Troy Myers salesman with Carl Black Chevrolet Sept. 2012.. Nicest experience we ever have had in purchasing a car. There was not one person who did not go out of their way to make sure we were taken care of. Even though they knew we were asking for Troy. Troy Myers is a great asset to this business. Our daughter graduates high school in 2013. Her graduation present is going to be a new car. This is definitely the place we will go to first. We drove all the way from Rossville, GA to buy our car here. Thanks to all the staff at Carl Black Chevrolet in Kennesaw, GA. Sincerely, Susan & Rodney Burgess

I will never have my car serviced by Carl Black Kennesaw again. They removed the fuel tank in order to replace the fuel module. $1600 later, I collect my car, fill the tank, and take it home. Children come into the house asking why the garage smells so bad . . . an 8 ft. puddle of gasoline is under my car soaking through the floor paint into the concrete. Carl Black's Svc. Dept. acknowledges that GM had issued a bulletin regarding the gas tanks on my make/model. They replace the gas tank. They were presented with a professional estimate for grinding and refinishing our garage floor, $1800 for the low end. They will only pay what they calculate to be their responsibility, $500 for the 8 ft. section or gas puddle. WOW - they expect us to pay for work on a floor that required nothing until their negligence. Do you know how fortunate we all are that the worst consequence of the volatile fumes was a week of headaches? If you have any fuel system work done, ensure some safety protocols are followed - why didn't they fill the tank after it was reinstalled to ensure it was sealed (pass the fuel cost on to the customer - at least you would know it's safe). They have lost my faith in their work, and have shown no integrity in taking responsibility for the resulting damage. Carl Black Kennesaw is not worth the headache.