General Info
-24 Hour Emergency Service -Water heaters, water softeners, sewage ejectors, sump pumps, garbage disposers -Radiant heating and boiler repair -Kitchen and bathroom fixture repair or replacement -Drain cleaning - Augured or high pressure jetting with video inspection -Sewer and water lateral replacement -Moen Certified Service Plumbers -Bradford White Service Specialists -FREE ESTIMATES. No job too large or too small. Robert W. Speirs Plumbing, Inc. has been in business since 1961. We have a fully staffed office with a large showroom to assist you with your selections. We operate out of a fully stocked warehouse and we maintain a work force of over 40 licensed and insured plumbers. We operate a large fleet of well stocked plumbing trucks and own all the tools and equipment required for any type of project. We pride ourselves in providing top quality work in a timely fashion. We are here to serve you.
Email
Email Business
BBB Rating
A+
BBB Rating and Accreditation information may be delayed up to a week.
Extra Phones 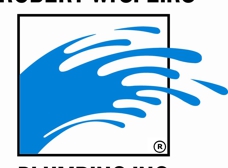 Kenneth who has been working for this company for 23 years did an outstanding job!! He fixed the problem quickly, and was in and out of my home in a matter of minutes! All of this was done with a smile on his face and a very professional manner! I highly recommend this company.

I had to get my water heater replaced last week. After calling to a few different places, Speirs was the best price. The plumber was knowledgeable and quick. He didn't try to "up-sell" me or find "other problems" like other companies have tried to do to me in the past. I will definitely use Speirs again and would recommend them to anyone

I do property management and found Speirs the most communicative company of all the plumbing companies I've used. They respond to phone calls and keep me updated with any work they are doing.