General Info
Firestone Complete Auto Care is a full-service auto maintenance and repair shop offering a large and affordable selection of tires, convenient hours & locations for car repair, tire replacement, brake services, auto tune ups, radiator repair, car batteries and more. We've been providing the right solutions since 1926, one customer at a time. Our teams of professionals understand cars and they understand the people who drive them. We use advanced technology and offer quality products from brands you trust ? all of which add up to a total car care experience.
Email
Email Business
Extra Phones 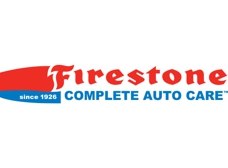 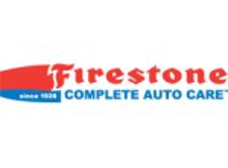 DO NOT GO HERE. My car was having overheating issues and this place was the closest place to my work so I decided to come here. They initially offered a routine overheat check. Fair enough. They call me back and tell me that the radiator fan assembly needs to be replaced, which would cost around $600. I asked them if this was the actual cause and if it would fix the issue. They told me that it can't be anything else and that this would definitely fix the issue. So I went ahead and got it replaced by them. After then, I started my car and drove back home. While on the way back, lo and behold, the car started overheating again. I decided to instead go to an actual dealer and they told me that not only was my issue never actually the radiator fan assembly, that the actual issue would have been found out by any blind mechanic (it was air pockets that was causing the issue). Oh and guess what? These guys didn't even bother connecting the fan assembly properly! The dealer told me these guys essentially left some bolts loose and the thing was literally hanging! Furthermore, the dealer told me that the price they charged me was about 300% marked up. What would have cost me $200 anywhere else, these guys charged me $600. Save your self the trouble and never go here or to any Firestone ever again.

Took the wife's car in for tires, great sales man, I mentioned the reason I came to Firestone instead of the closer Goodyear was that the lazy service techs had just tossed my spare back into the trunk instead of placing it back in the spare tire well. Guess what, the lazy techs at Firestone did the same thing. Guess they're just too buzy to do it right. Or too lazy. Guess what, there's lots of other places to buy tires at, and I'll keep trying until I find a business that cares about customer service and return customers.