General Info
As dedicated professionals, we at Great Lakes Plumbing have always prided ourselves on the quality and affordability of our work, making ourselves accessible to a wide range of customers for a wide range of needs. One of the constants of owning a home or commercial building is the need for good plumbing work. It can be hard to find that, but we want to make it a little easier. Great Lakes Plumbing has the skills, experience, and certification you need to ensure the best job possible. Call us today to request an estimate or schedule your service.
Email
Email Business
BBB Rating
A+
BBB Rating and Accreditation information may be delayed up to a week.
Logo 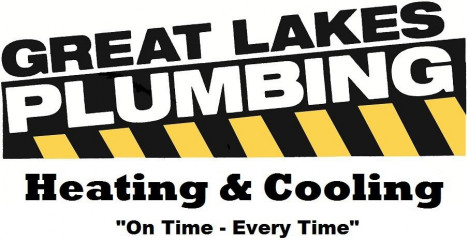 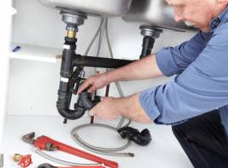 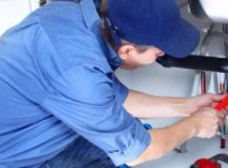 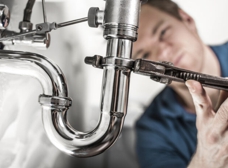 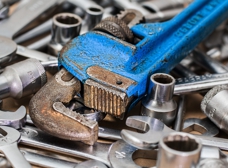 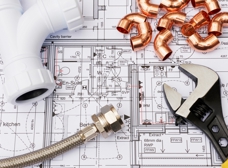 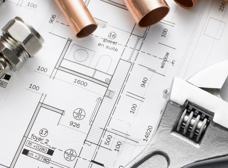 I recently woke up to backed up drains. Great Lakes Plumbing said they could have a technician out later that afternoon. Keith arrived at 3:15. He was professional and courteous. After assessing the situation, he explained what he needed to do so he could further evaluate the situation to get to the source of the problem. Keith explained each step he was taking and why it was necessary to do so. At times this appeared to be a very difficult and most unpleasant job (to put it politely), but Keith maintained a very friendly demeanor and attitude during the entire job. He was extremely conscientious about cleaning up afterwards. Needless to say, this was only a temporary fix. Digging needs to be done in the front yard. Keith will be back later this week.

Called them to clear a drain after hours. Good response. Tech seemed knowledgeable about how to clear the drain. After assessment of the drain I asked the tech the TOTAL cost for the night. Tech gave me the per hour cost and call out for after hours. Tech said $300.00 for the night. Tech said he was going to use a camera on the pipe. Based on what he told me for the total cost I said go ahead. Tech said the camera revealed the pipe needed to be dug up at a cost of $2000.00. Tech said if I hired Great Lakes to dig the drain he would deduct the $300.00 from the $2000.00 to dig making the dig $1700.00. I called Jim (manager) and told him I thought the dig was steep but schedule the dig while I obtained some other bids (like anyone else would do). A week before the dig I found a septic company who would dig the drain for less than half the $1700.00. Told Jim to cancel their dig and send me the $300.00 bill. He sent a bill for over $500.00 The bill I received had a charge of $175 for the camera on top of the $300 I was quoted by the tech. The techs work was good. I felt the billing department (or possibly Jim) scammed me. Jim said I should have asked the tech how much the camera was going to cost and it wasn't the Techs responsibility to tell me ahead of time. Won't be calling them back or referring any other business their way. Get a quote in writing from them before contracting. Always get other bids to compare. Watch over the tech and question the tech about the cost of EVERY piece of equipment he touches beyond what is on your quote. Reason is, like the camera, if there is a special wrench the tech needs to use it may show up as some extraneous charge on your bill.

We recently purchased a house this past winter that was renovated this past fall. New appliances were installed, including a furnace and water heater. Great Lakes Plumbing installed the water heater.

In roughly mid-May we started experiencing problems with the water heater. Great Lakes sent a technician out and, in the span of ten minutes, diagnosed the issue being related to the meter outside the house. He then issued us a bill for $133. Seeing as how this heater is less than a year old and under warranty I inquired about the cost, and it was the service fee rounded up to one complete hour of work. We were told that if the energy company was not able to find something wrong that Great Lakes would send another tech with no additional cost. So we paid the $133.

Shortly after the energy company sends a tech out and sure enough the meter outside the house had frozen. After replacing it the water heater seemed to be functioning well again. This was on a Friday.

I come home from work Friday evening and within the first hour hear a loud BOOM! My first thought was something fell off the wall. I went downstairs and looked at the heater. It was lit, and was cranked all the way to the hottest setting. I put it back to its normal setting and walked away. Later on that night my wife and I hear it again. It sounds like a shotgun is going off.

The next morning I call Great Lakes back and explain this to them. They tell me it is most likely sediment that has built up in the tank and is breaking up and it should correct itself after some time. A friend of mine says he doesn't agree and that we should call the energy company back to have them check for gas leaks. The energy company sends another tech out. I explain to them what is going on. He is standing a few feet away from the heater when it goes BOOM! and he jumps back five feet. He immediately shuts the gas off and puts a &quot;danger tag&quot; on it, saying that there is a delayed ignition and gas is building up in the heater before being lit and causing these mini explosions. He says the heater cannot be used until it is repaired.

I called Great Lakes back again and explained this to them. The tech tells me he doesn't agree with the energy tech's assessment, that I still shouldn't be worried about it, but if I want him to come out he'll still stop out. However, I would still incur the $133 charge, a $90+ weekend charge, and parts. I told him this tank is less than a year old and under warranty, plus we've already paid $133 for basically no work done and were told that the next time out we would not have to pay this fee. Well, it turns out that is only in the case of it being during the week. Seeing as how it is the weekend that have to charge, and the warranty doesn't cover this fix.

I found it very annoying that this company would not uphold the warranty on the product they installed nine months ago, and seemed insistent on charging us so much money to complete the task. I told him no thanks, we'll pass and explore other options.

I then called the manufacturer of the water heater. The warranty division was still open for the weekend, and they informed me they can send a tech out during the week to have a look. If the product is malfunctioning they will fix it for no charge, but if something was wrong with the installation then we would be responsible for a fee. They will be sending someone out this Monday.

Great Lakes Plumbing is a company that we have used once in the past at a previous residence, but with a little research online found several other plumbing companies in the area and will no longer be calling them for service.

Awesome service for a fair price! I would recommend using Great Lakes Plumbing to anyone! They were very knowledgeable about what went wrong and provided me with steps on preventing this disaster from happening again. This is the 3rd time using this company and they've exceeded my every time. Thanks Great Lakes Plumbing.......

Our water heater pilot light went out and I could not get it lit. I found their information in the phone book and it was listed with a local phone number and a local address in Allegan, MI.

Tom was at the house for 30 minutes on a Friday around lunch. His bill states that he cleaned the thermo couple and lit the pilot light. Total bill = $172.00.

When I called for an explanation for the charge, Jim told me it was &quot;1.5 hours of labor (at $88 per hour) + a $40 service call fee because we were out of town.&quot;

When I explained that the address and phone number were local, Jim said &quot;it's the phone books fault, not mine.&quot;

These guys are deceptive, and in my opinion crooks and liars. Call them at your own risk.