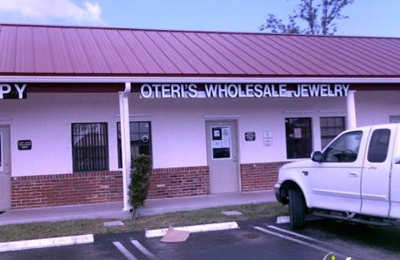 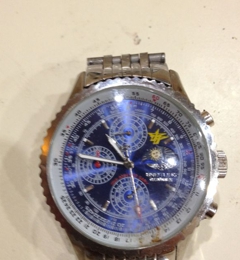 Cons, liars, fraud..... about as dishonest as you can get. He had my heart 3/4 k diamond stud earring to find a match and it took about 2 months of excuses why he didn't even have my diamond in the store. Said he couldn't find my diamond and that he sent it out to match it.
Michael had more lies and excuses why he couldn't even produce my diamond. I guess Tony Oteri didn't know he turned his business over to a thief.
When I told Mike I was going to the police...... he got nervous..... said he didn't want any problems. I went to the courthouse and got the necessary papers to file against him. He even tried to give me a shoddy unmatched pair of supposedly heart earrings saying they were mine and that I'd love the new setting he put them in. I wasn't the idiot, Mike was because I have photos of my original earring and I also have a picture of the crap he tried to pawn off claiming it was mine.
Oteri's should be closed and Mike should go sell shoes or serve time. I guarantee that he has been scamming customers like he tried to do with me.I think this should be posted on FB again.....

Had the worst experience. Tried to sell a ring to Oteri's. I went in knowing what it was worth, and ready to deal. However my 2,000 dollar ring was appraised at 300 dollars, if sold out right, and 650 if he sold it for me. ARE YOU KIDDING ME? Don't go here, Find somewhere else!!!!!

Jewels In Time Of Boca Raton