General Info
Since 1982, Delton Hayes Jewelers has been serving the Humble, TX, and the surrounding areas with impeccable service. We understand that you come to us seeking not only quality, but maximum value. Delton Hayes Jewelers offers a great selection of fine jewelry and provides a level of service that consistently exceeds the expectations of our customers. Delton Hayes Jewelers is a member of the Jewelers of America Organization and the Texas Jewelers Association. Please visit our website to know more about our service.
Hours
Regular Hours
Extra Phones 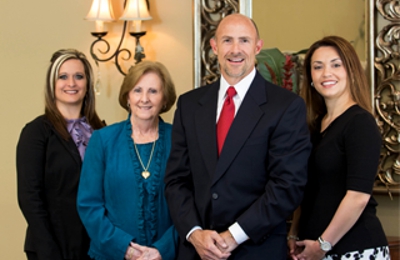 Today (01/28/2012), I called Delton Hayes Jewelers to inquire about the status of a ring re-design I hired him to complete. Mr. Hayes was rude, irrational, and verbally abusive.
Here is the history of our communication and the phone call of January 28, 2012:
• I contacted Mr. Hayes on December 26th, 2011, to inquire about a ring re-design. He responded on December 27th.
• I emailed Mr. Hayes on December 28th, 2011, about payment of the ring re-design. He never responded. I dropped off the ring to be re-designed on December 30th, 2011. Mr. Hayes informed me that the ring would take “at most, three weeks” to complete. When he asked if I wanted to receive a phone call when they had the ring cast in wax, I said yes.
• I received no phone call. I called on January 9, 2012, and Mr. Hayes told me that my friend had not paid half of the balance yet. I knew my friend, L, had paid on December 30th. L contacted Mr. Hayes on January 9th and gave him the credit card information again; Mr. Hayes admitted the contact information was misplaced or “fell between the cracks.” No apology was made.
• I emailed Mr. Hayes on January 20th, 2012, inquiring about the status of my ring. I received no reply and forwarded the email again on January 23rd, receiving a reply that it would be done by Saturday, January 28, or Sunday, January 29.
• I heard nothing and so called Mr. Hayes on January 28, 2012. At that time, Mr. Hayes told me he did not know when the ring would be complete; he would know more “early next week.” I asked him if ring re-designs normally took longer than a month to complete (even though I was promised differently), and he said yes. I observed to him that the ring would be complete in time if he had not sat on it for ten days, having lost the credit card information. Mr. Hayes, at that point, became extremely defensive and angry. He stated he would “not argue” with me, that the ring would be done when it would be done, that he should have told me six weeks (?) for completion, and, most offensively, that I was “calling [him] every day and harassing [him].” I asked him, to clarify, “I call you every day?” and he responded, “Yes.” Then he said, “Well, maybe not call, but you email every day.” (Blatantly untrue, as stated above.)
o I asked him to prove the harassment he is claiming, and he said he “wasn’t going to take [me] to court for it.” At that point, I told him (when he would let me speak—he kept interrupting me) that as a business owner, he should take the feedback being given and use it to increase his customer service. He laughed, facetiously stated, “Yeah, I ‘ll do that. I’ll make you a pretty piece of jewelry” and hung up on me.
• Mr. Hayes’s reaction was completely out of line for the situation. Furthermore, he told me three weeks for the ring, and then would not give me a date of completion. It is entirely within my right to ask when my overpriced ring re-design would be completed.
• Mr. Hayes did not contact me when the ring was cast in wax so I could preview it before finalized.
• When I dropped off the ring on December 30th, 2011, I was carrying my six-month-old son with me at the time. Mr. Hayes was helping a customer when I entered the store; no other workers were there. He did not greet me or say a word. Another pair of customers came in a few minuets later, and he greeted them. He finally decided to speak to me 10-15 minutes later.
• At this point, Mr. Hayes has thoroughly demonstrated an unprofessional manner and business practices.

It is unfortunate in this day and age that Mr. Hayes feels he can be abusive and shifty towards his customers. I can only hope he takes the lessons learned therein and creates a better business, or he will not be in business for very much longer.

I have used this jeweler for many years and have always received excellent service. Delton is always extremely nice and has given me excellent customer service. I have purchased numerous pieces of jewelry from this jewelry store and have loved every one. They have beautiful pieces to choose from and many designs that are both priced well and look gorgeous. I always recommend them to family and friends and will continue to do so.

I went in to simply have a band replaced for my work watch. Granted it's not a Rolex, but they couldn't even get the band on. I went to pick it up after a week and the screws weren't even put in. Then they handed it back with the band all crooked. I asked to speak to the manager and the one and only Delton Hayes came out, looked me in the eye and simply said ""well i guess that's teh best we can do""..he didn't charge me, but i was dumbfounded that he accepted this level of incompetence from his repairman. If they cannot be trusted to perform a band change on a Casio, why would i trust that place for anything else. On top of that Mr. Hayes got snippy with me when i entered the store again seconds later when the band actually fell off the watch when i got in my car. I walked back in to give Hayes a second chance, he got in my face like he wanted to fist fight and said loudly ""look i didn't make the band i didn't make the watch, i don't wanna do anything for you!"" I was astonished, he was treating me like a 17 year old thug or something. i told him people like him go outta business. He yelled at me in the parking lot that he doesn't want business like mine anyway. Bizarre. The sad thing is that i'm fairly young and will live in Atastocita for years to come and will never go back and will tell everybody i know not to either. Besides being a horrible jeweler Hayes is a general jack-ass to boot. I cannot imagine any business in Atastocita that has a bigger jerk and he is the OWNER!! Amazing. Just amazing. I went to Jared and was treated excellent. DO NOT DO BUSINESS WITH THIS IDIOT. I WAS FORCED TO RATE SOMETHING, THE LEAST YOU CAN DO IS ONE STAR. HE DOESN'T EVEN DESERVE THAT!!

My name is Delton Hayes, owner of Delton Hayes Jewelers. I am writing in regards to the review stating we ruined her watch. We literally change hundreds of watch batteries a month. We have a success rate of about 99%. In the case of the ladies Seiko watch, there
are certain critical things that are required to make a watch water resistant. These are not addressed in a standard $10 battery replacement. If you take your watch to have the battery replaced and it is a watch you intend to swim in, please notify the store where you take it. They will then be able to inform you of the additional steps and costs involved.

Because of the recommendation of a friend, I went to Delton Hayes Jewelers to have the battery in my Seiko watch replaced. After replacing the battery I went swimming the following weekend and noticed water in my watch. In my two years of owning the watch this had never happened. The watch is water resistant after all. I brought the watch back to Delton Hayes Jewelers to have them look at my watch. I just figured that they had not put the back of the watch on tight enough after replacing the battery and water was leaking into it. After looking at the watch they confirmed that water had been leaking and that the damage was pretty significant. I explained to them that my watch had never done this before until they changed the battery and assumed that they would fix the watch since they did not put the backing on correctly. Not so. He told me that I should have gotten them to perform a ""pressure test"" on the watch before taking it home. First problem with this is that in all of my 33 years of life I have never heard of a ""pressure test"" when replacing a battery on a watch. Second problem, and my argument, is that I was never told about the ""pressure test"" when my battery was being replaced, so how was I to know that it should have been performed. I felt that I was not fully informed and Mr. Hayes felt as though he did not need to repair my watch because I did not perform the ""pressure test."". All I know is that I had a perfectly fine Seiko watch that was brought in for a simple watch repair. I now have a rusted and broken Seiko watch that was not properly adjusted after the simple battery repair, and Delton Hayes Jewelers refuses to fix it.