General Info
Pottery Barn offers expertly crafted home furnishings and decor. A multi-channel retailer with a vibrant ecommerce site, inspiring catalogs and brick-and-mortar stores all over the world, they got their start in 1949 in Chelsea, New York. Shop furniture, bedding & accessories designed to help you create a home that's as beautiful as it is comfortable.
Hours
Regular Hours
Extra Phones 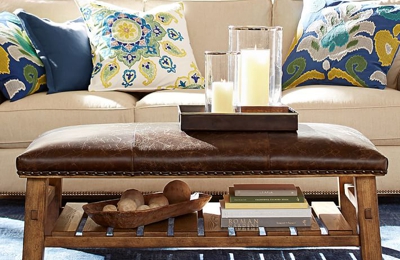 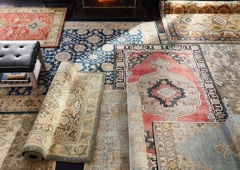 Worst customer service ever. I wish there was a way to give this Pottery Barn location zero stars.

My husband and I came to Pottery Barn to purchase a rug. We made a decision rather promptly and asked one of the sales associates to pull the rug we wanted to buy from their storage room. After about 15 minutes, she told us that they only had one rug, but it had been the floor model. She told us they would bring the rug out so that we could take a look at it and stated that the manager would be able to give us a discount. After over 30 minutes had passed, we still were waiting for our rug. We asked another sales associate to find out what was happening. Apparently, the manager, Harmony, who was supposed to be pulling our rug, was preoccupied with another task. The second sales associate went to the back to retrieve the rug. When she brought it out, we saw a large blue tag on the rug. The tag on the rug was labeled "Damaged." In the comments section, a Pottery Barn employee had written "Floor model. Dirty. Damaged." The second sales associate reiterated that the manager would provide us with some sort of a discount if we purchased a floor model rug. So, we decided to unroll the rug and look at it.

After unrolling the rug, we saw that, as stated on the tag, the rug was indeed dirty and damaged. It had huge indentations, which only could have come from furniture sitting on the rug for long periods of time.

As we were looking at the damaged rug, the manager, Harmony, emerged from the back room. We told her that the rug was damaged and that we would only consider purchasing it if we could get a discount. Otherwise, we would order a new rug. Harmony immediately began arguing with us. I was shocked by her rude, unprofessional behavior. She tried to claim that the rug was brand new and was only placed in a customer's home for a single day before they returned it. Harmony told us that the rug was not damaged, but that it just had the wrong tag. My husband and I could not believe that Harmony was telling us that the rug was new when the store's tag showed it had been damaged, the store's staff told us it was the floor model, and the rug, itself, appeared used and damaged. Harmony then told us she would not give us a discount because the rug was "new."

Having wasted over thirty minutes in this store, we left. The only saving grace was the only polite, customer-service-oriented employee, Mario, who apologized and gave us the general manager's contact information.

Although I have shopped here in the past, I will not be back to this Pottery Barn location. Do not come here unless you want to waste your time and have people try to sell you used merchandise at full price.

I love this store.. everything in here is on my wish list.. It is a bit expensive though.