General Info
Welcome to the Memorial Athletic Club and Aquatic Center The Memorial Athletic Club and Aquatic Center is a high quality health and fitness center located in West Houston, Texas. Our no-contract philosophy contributes to quality health programs around our aerobics classes, cardiovascular and fitness centers, aquatic center, racquetball facility, and spinning classes. We pride ourselves on providing a comfortable and clean environment, state-of-the-art equipment, and programs that continuously evolve to the interest of its members. If you want to know more, please call us at 281-497-7570 or stop by and visit.
BBB Rating
A+
BBB Rating and Accreditation information may be delayed up to a week.
BBB Accredited businesses follow the BBB Code of Business Practices and pay a fee for accreditation review and monitoring. Accreditation is not a BBB endorsement or evaluation of the business’ product quality or competency in performing services. 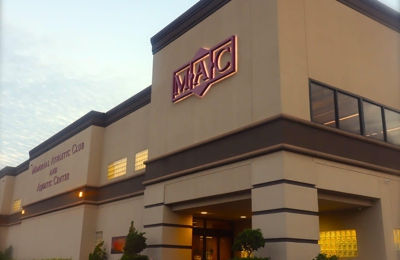 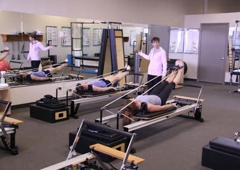 I really like this gym. It has everything I need. Great people. Great management and staff. I see another review on here complaining about the group shower in the men's room... I'm 34 years old and this does not bother me at all. It's the same type of shower I had to use when I went to college. You just take a shower and don't look lol. I don't see what the big deal is... I mean I see myself naked everyday and other guys have the same equipment. I'm not afraid I'm going to turn gay just because I see another guys equipment. Simple - just don't look and mind your own business. I actually prefer the shower as is. the individual showers at other gyms are so small I can barely move. I prefer it the way it is and hope they do not change it.

I highly recommend this gym to anyone looking.

Decent facility but... I was looking for a nice gym that had a good amount of cardio equipment and free weights that was close enough to my work. MAC fit the bill as far as equipment and facilities -- full locker room that could use updating (the men's locker room has a group shower while most other facilities in this price range have separate showers), plenty of treadmills/bikes, multiple benches, racks, and free weights...a little dated but good enough.

However, after switching to a new gym I had failed to cancel my membership for many months after non-use. Upon realizing this, I attempted to cancel my membership on 1/24 effective no later than 1/24 but hopefully back-dated a few months since my last use. I was notified by MAC management that not only could I not back-date my cancellation, [MAC management quote: "Also, we have a number of members who pay their dues diligently each month, but haven't been in the club in months. It's out of fairness to them that we adhere strictly to the 30 day cancellation policy and do not issue refunds in the case of non use. I'm sure you understand."] but the 30 day cancellation policy is actually longer. If you don't cancel prior to the 18th of the month in which you wish to cancel, you will be billed again in the following month, per MAC. Also, I guess MAC is being "fair" to its members in a sense by equally screwing everyone who pays without usage. If the MAC really did have the best interests of its members at heart, maybe an automated email message to members alerting them that "It's been X days since your last visit, hope to see you soon or click here to manage your membership" would be better. I suggested this to MAC but I know this isn't really an effective business model for a fitness club.

So, this gym is suitable for what gyms are actually for - working out - just be careful around the memberships and business side. The "No Contract" / 30 day cancellation policy isn't quite what it seems. My impression is that this place tries to build a community for its members and wants people to feel like they belong to that community. Turns out that the bottom line is the most important thing...as long as they've got your $$$ they really don't care about the member, which is fine, just don't purport to be something you're not - different than any other gym. Fair enough.

I will never forget this great gym, clean towels and great routine.