Biography
Lovett Dental is a one-stop-shop for all your Sugar Land, TX dentistry needs. Offering convenient locations all around the Houston, Sugar Land, and Beaumont area, Lovett Dental provides comprehensive general and specialty dental services in Texas from top-notch dental clinicians. With office hours created to fit your busy schedule, we cater to you. You’re going to love everything there is to learn about Lovett Dental Sugar Land. 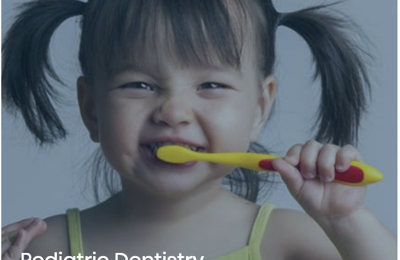 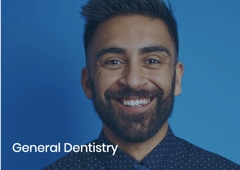 the dentist here is well trained professional who really takes care of the patients.

Dr. Eric Smith is the best dentist I have ever had. I went to Lovett dental because I was in so much pain on the right side of my mouth. I went to a dentist previously and was told I needed a root canal. I got the root canal done last year. I thought the pain from my right side had came to an end. Little did I know, it didn't. My tooth continue to hurt and continued to cause me more pain and problems. When I visited Lovett Dental, I didn't know if the doctors there could help me, but with all the pain I was experiencing, I decided to give Lovett a chance. This is where I met Dr. Eric Smith. After examining my mouth and teeth, he discovered I needed to have my root canal redone and a crown. I was so scared not knowing if my root canal really needed to be redone. I didn't know if he was going to be able to take care of the issue. But he did. He was so friendly, gentle and had a wonderful staff who helped assisted him with the work. Since I had my root canal redone by Dr. Eric Smith, I have not had any pain or issues since. I still can''t believe all the pain that I had is now all gone. Dr. Smith and his staff deserves two thumbs up for their wonderful service. On the whole, Lovett dental is a wonderful dental office to receive service. Be sure to request Dr. Eric Smith and his staff if you want to have the perfect experience I had. From now on, I will ONLY see Dr. Eric Smith and Im sure if you give him a chance, you will too.

They explained exactly what they were going to do to me, and they showed me displays so that I would know what to expect and how it may look once completed.

I was extremely worried about the financial part, inspite of the fact that I had insurance, but they told me they would work with me and proceeded to seek additional financing for the work tha that had to be done.

I would HIGHLY RECOMMEND THIS OFFICE FOR THEY ARE AMONG THE TOP IN THE CITY, AND MOST OF ALL ""THEY CARE ABOUT YOU"".


The staff and the people here are great! I was very happy with the way I was treated. This will be my dental clinic from now on.

Today i walked in for my dental visit i was tooken in fast. A dental assistant maria walked me in with a great attitude. She took my x-rays fast and walked me in to see my dentist. Dr. Smith has great humor and gives honest opinions . He always has an answer for my questions and seems like a wise man , i have no cavities which is good because i came in for treatment from last time and they havent failed yet which is awsome.

Hi! I'm very glad cause i found this office. the people who works there is very poly and they saw me the same even if i didn't have an appointment. I was w some sensitivity and After the exam and x rays Dr. smith made couple filings the same day. Dr Smith, was very patient and informative about what i had and what i needed. the staff was very friendly and help me a lot to take care of me. I just can say u better go a visit the best dental offie in town... Thanks a lot!

HELLO MY NAME IS JORGE RODRIGUEZ RAZON MENDEZ CABRAL. I WAS OR AM A PATIENT HERE WITH LOVETT DENTAL I HAVE HAD A CROWN DONE AND A TOOTH WAS PULLED. TODAY I HAD A CAVITY FILLED AND A DEEP CLEANING ON MY RIGHT TOOTH THAY ALSO HAVE WORKED ON MY MOTHER TODAY SHE HAD A BRIDGE DONE AND HAD TO HAVE THE PERMANENT AS WELL , I THINK. WELL MY EXPERIENCE WITH THE DENTIST AND THE DENTAL HYGENIST HAS BEEN EXCEPTIONAL. I HAVE A COUSIN WHO IS A DENTAL HYGENIST IN COLORADO. IM WAITNG FOR MY MOTHER TODAY. WELL THANK YOU LOVETT DENTAL. AND GOD BLESS YOU AND ALL YOUR OFFICES AND FOR SURE MAY GOD BLESS ALL OF YOUR WORKERS. HAVE A MERRY CHRISTMAS AS WELL. HO HO HO

I came to an appointment that i had. They passed me to the back very quickly. Everyone was nice and helpful. Very good workers are here meet your every need. I came in for some crowns that i got and they were very good look almost realistic same color same everything. I would definitly recommend this place to anyone who is looking for a good dentist.

I called Lovett Dental to make an appointment for my 6 year-old daughter. I knew she would be nervous the first time to get a filling . The pediatric dentist explained to my daughter everything that was going to happen.The dentist was kind and honest with my daughter and alleviated all my daughter's concerns about the procedure. My daughter's fears disappeared and she was very cooperative with the dentist. I would strongly recommend Lovett dental for both children and adults.

I called in for an appoint. and they were able to seem the following day. Everyone in the office was very frendly and helpfull. The dentist Dr. Anderson explaind to me all the opptions i had to restore my teeth.The financial person was vert nice and checked on me several time
to see how I was doing while in the operatory.
Everyone was very caring as came several times to finish my dental work.
I cane reccomend Lovett dental to everyone who wants
personal care Melinda


I called to make an appointment as a new patient and as from the receptionist to the last person I spoke to the office manager everyone was very nice.The dentist Dr, Anderson was very patient with me as I was very nervous on my first visit.Next the office manager sit down with me and went through all the fina ncial options to make posible to start the very much needed dental work.She treated me like I was the only one there when I saw a waitingroom full of people.
I highly recommend Lovett dental to anyone who needs dental care.

N. Eldridge and 1960 location: I called to set up a new patient appointment and was treated cordially by the facility manager, Mike; however, when I called back to cancel my appointment (after having read HORRIBLE reviews on CitySearch), I was treated with less than cordial service... The girl who took my call, Antoinette (or whatever she called herself- unintelligible speech), not only was abrupt and rude, but hung up on me when I stated I did not want to reschedule my appointment. Upon calling her back to find out why she hung up on me, I was, again, treated with disdain when she said, ""I thought we was through talkin'... You wasn't done?"" Needless to say, I called to speak with Mike and was placed on hold each and every time I called back (5 times); until, on the sixth attempt, I was able to catch him. I explained what happened and he stated that his folks were ""still in training."" It appears that Lovett Dental needs to either re-train their staff or hire more professional and courteous folks to run their offices. If I could give them zero stars, I would! WARNING: DO NOT GO TO LOVETT DENTAL... EVER!!!