Email
Email Business
Business History
Today, customers can really get more from John Moore. With our complete home diagnosis, service capabilities, and finance options, you can get more done by the team you know best. Our #1 goal is finding sustainable repair, maintenance and renovation solutions that improve your home and your quality of life for years to come.
Extra Phones 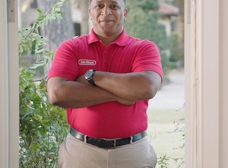 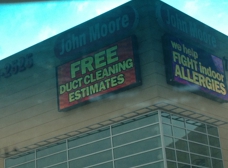 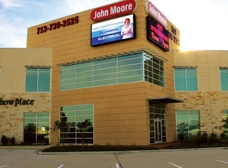 Hi there!
Rate this business!
First-classBetter than mostAbout what I expectedNot the worst...Disappointing
Click to Rate
Janet P.
Overall
Expertise
Professionalism
Promptness

Tom Lee was the service person that took care of our air conditioner.He
Called to tell me he was on his Way.When he arrived he was polite and very professional.After he diagnosed the problem ,he gave me 3 quotes.After I made my choice,He began his repair.A very nice person and good serviceI will call John .Moore again.

Easy scheduling, affordable and professional service technician. The service plumber I had, Arnold Garza, seemed knowledgeable and efficient performing the service request. He explained the work/cost prior to starting the job.

They run a bit more expensive, but they finance and they provide quality work. I'm very pleased with their work product and I have peace of mind regarding the systems in my house.

We had a major ac issue over the weekend. I didn't know who to call or what to do. I'm so glad my neighbor told me about John Moore Services. It took some time but a tech was able to fix us up so we only suffered for a day vrs all weekend. The tech was very nice and went out of his way to explain what he was going to do. W will use them again for sure.
I am leaving this here and i reviewed another John Moore Services too. They have a lot I guess and I want them to get credit.

They arrived when they said they would and were very professional. They were also very respectful of my home leaving my floors just the way they found them. They were Edgar Soto and Eric Guidry

Hi, Patsy- We are happy to see such a great review! We will be sure to let Edgar and Eric know how pleased you were with their work and professionalism. Thank you for being a John Moore customer!

This listing has been claimed by a business representative.
Helpful(0)Flag
Jennifer A.

John Moore has become our one-stop for all our home services. Had our HVAC system replaced - wonderful crew that handled everything neatly and expertly. Had roof inspected - thrilled to hear it doesn't have any issues and that it doesn't need replacement for quite a while. Electrical came out to assist with HVAC install and also got a quote to hang a light fixture in our dining room that we have been meaning to do for years. Now starting pest control services too. Finally a team that we can count on to care for our entire home!

First time using John Moore and the experience was excellent ,great service on time . Tech Justin Was very professional Friendly and kind . Thank you. I would definitely recommended them.

Had a severe plumbing problem. My bathtub had rusted out and caused wood and sheet rock damage. You people came out and surveyed the situation and gave me a fair price. They started work immediately and done an excellent job replacing the tub, rotted flooring, and damaged sheet rock. The men you had on the job, Jerry, Jose, and Mike were very professional at getting the work done. They were all very polite and helpful. Thanks you for a job well done.

Hi, Charles! We&#39;re glad to hear that you had a 5 star John Moore experience. We will be sure to share your kudos with Jerry, Jose and Mike. We&#39;re happy that we could help. Thanks for being a John Moore customer! Please let us know if we can be of assistance in the future.

This listing has been claimed by a business representative.
Helpful(0)Flag
Woody F.

Had air conditioning work done today (Dec. 29, 2016). The tech (Pete) was very knowledgeable, friendly, helpful. He figured out what was wrong quickly, fixed it right away, told me about things to look out for in the future, gave me his business card and told me I could call him if I needed more work and that he could coordinate all of that with John Moore services. I've been with John Moored for AC work since 2010 - and I really endorse them wholeheartedly.

Thank you for the review, Woody. We will be sure to share it with Pete - he really does explain technical issues well! Knowing that you would recommend our services to your friends means a lot to us. Thanks so much for being a John Moore customer.

This listing has been claimed by a business representative.
Helpful(0)Flag
Anne S.

Granted they had to come out twice to unclog my kitchen sink, it got done. The plumber gave me tips too.

Do NOT use this company if you want quality service at a reasonable price. I had someone come out to fix a gas water heater, they quoted me $1,200 to fix a gas valve on a 3 year old heater. They stated they needed to drain the tank (Why?) and charge to go and get the part (Again, Why??). The guy who came out told me "I've been doing this for longer than you've been alive." (Great sir, but I'm not dumb and know the pricing on things). I called another company and they came out right away, fixed the part (under warranty!) and only charged $150 for labor. No need to drain the tank, no need to charge to provide the part and they did it all under warranty by the manufacturer. This isn't the first time they have tried to over charge me. They came out a few months ago to fix a clogged kitchen sink ($29 special), they stated they needed to run a camera down the pipe to make sure its not broken (in a 3 year old house). The problem was fixed by using just the rooter

I have been a customer for many years, paid them $5K for a new unit 3 years ago. I have no AC upstairs because after having them come out a month ago, saying it was an insect in our thermostat, charging me a trip fee that they weren’t supposed to (did get that refunded), it still not working properly, then when they came again wanted to recharge the unit for over $700 (which my husband who knows about AC argued the point that Freon could not be contaminated without a leak and them agreeing to do it for free) did not solve the problem, then sent someone out a 3rd time who said it was the capacitor which we paid $150 for the warranteed part that costs $15 to be replaced and again did not solve the problem, then the 4th guy now says it’s the fan motor which is also a warranteed part will cost $1200 to replace but he’d give us a 50% discount to make it $600. If they had their way, we would have now spent $1500 to fix a waranteed AC only 3 years old.

I called them 10/29 at 7:30. I had a water leak in the wall. Technician showed up. Said it was the roof vent leaking. Paid to have that replaced. They showed up to remove wet sheet rock and found I still had a leak in the plumbing (Roof vent was not where the water came from. Plumber supervisor arrived Friday morning and told me I needed to re-pipe the entire house for $15000.00. Plumber finally arrived at 5PM on 10/30. Never turned the water on to see where pipe was leaking. Fixed what he thought was the leak. had to re fix it after cutting an extra hole in an upstairs bedroom (No pipes there?) Finally got my water turned back on around 8:30 PM on the 30th. Still have 3 holes in my sheetrock.

We have a new plumber! John Moore Services answered fast, came out to estimate the job quickly and got it done neat and clean. The tech also was very informative, walked us through how to operate our new water heater and was just a genuinely nice guy. Thanks so much. We have an old house and I'm sure we'll be calling John Moore Services again soon.

In regards to my experience with John Moore Services, they fixed the problem at hand and then noted a larger issue that was even more dangerous, which they fixed on-site as well. They were very knowledgeable, friendly and put great care and quality into our issue. I would highly recommend them again to anyone and they went above and beyond the expectations I had in my mind.

I've hired John Moore Services for a couple of jobs now and was really happy with the outcome of both. One was relatively small and easy - putting a drip pan beneath a hot water heater. The other was gigantic and heinous - leaking pipes beneath my foundation, which took 2 or 3 days to completely repair. In both cases, the technicians were great to work with and extremely patient and thorough. For the latter job in particular, I was very impressed. They had to go through my garage floor, dig out a mound of dirt and store it in the driveway until the job was done, fix the multiple leaks, then back fill all of the dirt and cement in the hole in the garage floor. When they were done, I honestly couldn't tell that anything had been out of sorts. They left the place exactly as they found it; no small task considering the size and nature of the job.

Thorough, polite and professional. Had them upgrade service in my house. They replaced it all. They did an excellent job at a competitive price. They thought of everything and I was glad I'd hired real professionals. Thanks John Moore Services

Awesome! Thorough, honest, polite and professional. Had them upgrade service in my house to 200 amp after 60 year old overloaded 100 amp service blew out. They replaced panel, breakers, shutoff/meter box, ground system, weather head, eyebolt at the eve, etc, etc. They did an excellent job at a competitive price. Their office staff followed up with a phone call to make sure everything had gone well. They thought of everything and I was glad I'd hired real professionals. Thanks John Moore Services

I just can not speak highly enough for John Moore Services and everything they have done for me and my family. I called them for an inspection for bed bugs, mice, and cockroaches . The tech was extremely knowledgable, compassionate and dedicated. He made sure to absolutely take care of all of our pest problems and put my mind at ease. Being 8 months pregnant, I was extremely worried to discover all of the pests, but he got to the bottom of it by discovering exactly where the problem was coming from (neighbors). He was available day and night for when I had questions. It is so rare to receive this kind of service, and I am truly thankful.

Great service! After coming home from work and finding my system blowing hot air, they were able to send a tech out immediately. He was courteous and fixed my problem (blown capacitor) quickly. John Moore Services~ Thank you!