Rebecca W.
"They know everything about phones and do great work. I will be back and thank you for getting me fixed and good as new so ..."Read morefast."less

WE REPAIR IPADS, IPHONES, IPODS AND EVERY BRAND OF CELL PHONE ON SITE. WE HAVE BEEN IN THE REPAIR BUSINESS FOR OVER 26 YEARS. WE HAVE ALL OF THE UP TO DATE TEST AND REPAIR EQUIPMENT ALONG WITH ONE OF THE BEST MASTER TECHS IN THE BUSINESS.

General Info
Houston's oldest Cell Phone Repair Company. We have been in business now for over 33 years. We still have the Same Name and the Same Owners. We are locally owned and operated with the best onsite repair shop. We specialize in iPhone, iPad and iPod Repairs.
Email
Email Business
Logo

We offer reliable and affordable communications AND REPAIRS for Houston and all over the USA. WE REPAIR IPHONES, IPODS AND IPADS RIGHT HERE ON SITE AND STOCK ALL PARTS. WE ARE PROFESSIONALS AND BEEN IN THE REPAIR BUSINESS NOW FOR OVER 31 YEARS. WE ARE HOUSTONS OLDEST AND #1 REPAIR SHOP. WE ARE ALSO A METRO BY T-MOBLE AUTHORIZED DEALER AND SELL A FULL LINE OF PHONES AND ACCESSORIES. INFACT IN ADDITION TO BEING IN BUSINESS OVER 31 YEARS WE ACTUALLY SOLD THE 1ST METRO BY T-MOBILE PHONE IN HOUSTON AND HAVE BEEN SELLING METRO FROM THE 1ST DAY THEY ARRIVED IN HOUSTON.. 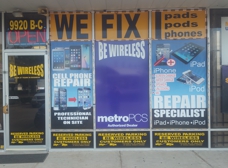 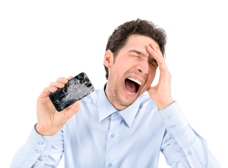 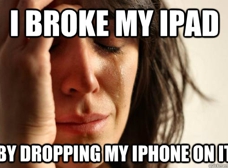 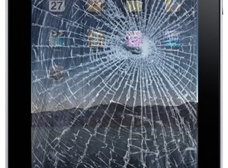 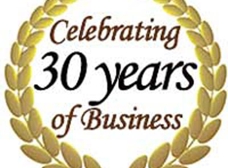 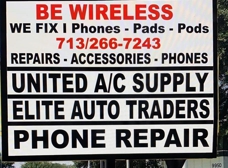 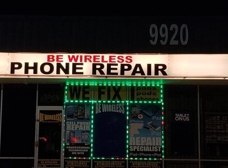 Ken went the extra mile to get my complex repair finished quickly. Had to have a broken part replaced and soldered to the board, plus battery and a screen and he got it done very quickly, and I saved a lot of money and time. He was very nice, helpful and i'd highly recommend any phone repairs that you go see Ken.

They know everything about phones and do great work. I will be back and thank you for getting me fixed and good as new so fast.

My family has been using them for like over 15 years and will not go anywhere else. Always a pleasure to have great knowledgable people working on my phone that can communicate with me by speaking English lol.....

Perfect.....Perfect........Perfect........I am from out of the Country in Houston on Business. I shut my Iphone 6 in the trunk of the rental and smashed it. I could not get a new phone because my carrier was not even state side. I asked a Co-worker if she knew of a good repair Person and she sent me here saying she used them for years and they were the bomb. She was right my phone was bent in 1/2, smashed with no sign of any life. All I can say is they preformed the in possible. My phone was repaired, straight and working perfect. I am a fan for life and so impressed I will refer all my friends and family to ship them their repairs. Its well worth it in the end . I love you guys and thank you

My friends referred me to these guys and I am glad she did they saved me from having to buy a new phone. I took my iphone 5S to the place in the mall and they said I had water damage and they could not fix it. Then I went here they cleaned my phone and in about an hour called me and said it was fixed and working great.

I picked it up and have been using it now for weeks and it is just like new again and it saved me like $600 from having to buy a new one. Lots of my friends go here and rave about them. They are honest, fast and do great work.

I drove all the way from Pasadena TX based on the 5 star reviews, and I am glad I did. They fixed the broken screen on my IPad 3 super fast! They called me when it was ready. They charged me 125.00 to replace the screen and digitizer, and they have a 15% off coupon. My IPad is like new! Great service, fair price what else do you want.

The service was great and very fast. I was in town for only a few days and needed to get my iPad screen replaced. I was told it would take three hours and we could pick it up the next day. To my surprise he was done an hour later. Glad to have my iPad back and looking like new again.

Not much more I can say then 100% perfect experience. Very knowledgeable Tech, Very Fast Service and they made my destroyed phone look and work better then new after 3 places said they could not fix it.

My phone took a dive down my stairs and landed on the tile floor below. I went to the Apple store and they said it was going to cost $250.00 to repair. I then remembered passing this place and decided to stop by after seeing the many positive feedback stories. THEY ARE ALL TRUE THIS PLACE IS OF BEST. They fixed my phone on about 30 minutes for less then 1/2 the price of Apple. Everyone thee raved about their honesty and I will never go anywhere else again.

I was at Starbucks with 3 friends, put my iphone on the table and sat and talked for about a minute. All of the sudden this oversized woman walks by and wipes out the whole table. I mean knocks it totally over and to the floor. The hot coffee went all over me and was hotter then I was. Then right as I remembered oh no my phone she stomped on it and smashed it to death. It looked as if it had been through a war. She then bent over picked it up and apologized. While doing so she went to hand me my iPhone and dropped it again in the mop bucket that the employee had just brought over to clean up the mess. I thought to myself is this a bad dream not only was it smashed it now was soaking wet.

I was about to cry then a man came over to me and said he knew of a place that was awesome and if anyone could fix it they could. He gave me directions and I went straight there. To top off a bad day they just closed and walked out the door as I arrived. I spoke to one of the ladies and she actually reopened the doors, unlocked the gates, turned off the alarm and helped me. She said it was bad but said they could fix it and would call me the next day with an estimate. I still thought it was unrepeatable or would cost way to much to fix if it was even possible being it was now water damaged and totally smashed.

To my surprise I received a call from one of their Techs at 10am the very next morning. He gave me the repair cost including parts and labor total to repair everything and it was way less then I thought. I was jumping for joy and asked should I pick it up in a week or so and he laughed and said he could have it ready in an hour.

This Company has been around for ever and their customer service is why. They are the best people I have ever done business with in a very long time. If you want the truth and to be treated fairly I strongly suggest you go here. While I was there picking up my phone everyone in the waiting room was raving about them and seemed to have used them a lot over the years.

My Daughter broker her iPhone again (3rd time this Year). I have taken all our family's phones here for like 20 years now and all I can say is they are the best and we have always been more then satisfied every time.

This is my second time using them the 1st time I put my ipad on the roof of my car and ran it over. They fixed it just like new and it's been working great now for over a year. It was so hot yesterday I decided to take a dip in the pool and noticed a 1/2 later I had my phone in my shorts...OH NO.....I thought my new iphone 5 only a week old was trash.

I remembered the CPR they did to revive my ipad so took a chance and brought them my iphone 5. To my surprise they called me an hour later and said my phone was all fixed and working fine.

These guys are just miracle workers and I highly recommend them to everyone I can. Great work guys and I thank you for always being honest and more then fair on your prices.

I could not find anyone to fix my iphone 5. Everyone kept saying it was to new any they did not have the parts yet. I went here after a friend refered me and they fixed it in about 35 minutes and did a great job. Thanks guys great job.

I just droped my iphone in the sink and it died right away I thought I would have to by a new one. Then on my way to try and dry it out it fell out of my hands and smashed the glass. What a day. I called these guys and they said to bring it right in because the longer I let it sit the worse it would get from the water damage so I did.

They said to give them a few hours and they would call me once they had it apart. I decided to go grab. They called me in about 1/2 hour and said it all could be fixed so I gave them the go ahead. before I could finish my lunch to my surprise they called again and said they had the glass fixed and back to working normal and I could pick it up anytime.They saved my phone from the water damage also I hope I never have issues again but if I do I will go no where else. Thanks for great work.

Great place. I bought an Ipad for a christmas gift and it fell to the ground and crashed while I was wrapping it. These guys are awesome they repaired it while I waited and it looks brand new again. I smashed the screen and it would not power on. Needless to say BestBuy would not take it back qas warranty these guys saved me $750.00 and were great to deal with in a pinch.

Glad I stopped by. I was told to buy a new phone but they fixed it in about 30 minutes. Very professional nice people. A++++++++=

I love this place they have been fixing our Company phones for many years so decided to try them after several other unprofessional places..

This is the second time I broke my IPad screen. They fixed It very fast and at a great price