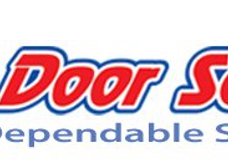 Thank you Jules for helping me over the phone today - to get my garage door re-engaged after losing power over night. I had spent a couple of hours, wasting time watching "how-to" videos on YouTube...nothing was clicking. In less than 1 minute, Jules walked me through what to do, and immediately it caught and opened back up! And it didn't cost me a penny, that made my day! :)

You have fixed our door, the springs and the opener. You came the next day every time and each time it got fixed right the first time. Thank you so much.
Belinda Lovett
And thanks for the sticker with your phone number! I panic when it breaks and then I remember your sticker next to the button on the wall!

The service was fine, but they LIED to me about the charges. They came out one night and quoted me an $89 service charge. They couldn't do the work that evening, so they scheduled to come out the next day. I was called the next morning to confirm the time that their technician will visit our residence. At that time, I asked the person from Best Door who called me how much I would be charged. She said $400 to which I responded by asking if that included the $89 service charge from the prior night's service call. She said "yes, the $400 included the service charge." To my surprise, I noticed that I was charged twice separately for $89 and $400 on my credit card statement a couple of weeks later. I proceeded to call Best Door back and was told that they would look into it. Two weeks later, I still had not heard from them and I noticed no credit on my credit card so I called them back. I spoke to who I believe is the Manager and explained to her what I was quoted when they were trying to confirm a time for them to come and repair and what I was charged on my credit card. She told me that there were two separate charges, one for the service call and the other for the door opener. I told her I understood what she told me. HOWEVER, I told her that I wanted to pay for what I was told on the phone which was "$400 which includes the $89 service charge."

At the end of the day, I felt like the Manager said I was lying to her and trying to scam her out of $89 while it was a person that works for her that made a mistake that I ended up paying for. I am always on the lookout for scams from service companies and used Best Door from an ad of "qualified/reputable" businesses from a local journal. Totally classless. I am going to try to find the journal that I noticed Best Door on and see if I can file another complaint.

This is a communication error. The customer was informed of the emergency (ER) service fee of $89, due the job being late at night. We required the payment of the service fee at the time of scheduling the ER apt, and the customer provided the credit card info and was charged that amount to his card, exactly as it was explained. The customer was told the service fee was separate from any work that needed to be done and that the tech would inform him of what it would cost to repair/replace the garage door opener. The tech went out and determined the garage door opener needed to be replaced. The tech explained and wrote on the invoice that the opener would cost $400. The client called the next morning and we confirmed that the opener would cost $400 and that this was including all labor charges to install the opener. The journal which he found our company is an exclusive collection of reputable businesses and Best Door Service has passed very stringent examination in order to be included in the journal. We strive to always give our Best Service. We were there at a very late hour and replaced the garage door opener for a reasonable price the very next day. I&#39;m sorry this customer didn&#39;t understand the charges. We try to make sure both verbally and in writing that the client understands.

This listing has been claimed by a business representative.
Helpful(2)Flag
Nicole R.

Good service tech was on time and very knowable of unit .price was fair .I would definitely recommend them

David Barnett did a great and fast job of repairing my garage door. I've used Best door three times, and have been please each time.

Very reliable. Quotes cost prior to service. I have used Best Door Svs several times in past 5 years, and will continue!

I am very pleased with the work that was completed. The tech is very good, polite, and patient. He explained what my door problem was and answered all my questions. I just want to say thank you from the girl answering the phone, to the dispatcher getting the tech out on my scheduled time, to my technician. You all are profession yet attentive to our needs. I recommend this business.

I wanted to thank you for the quick response to our broken door. Your service tech's, Chris and Justin, could have taken advantage of us but they did what they needed to do to make us functional. You will be our first call if we have other issues.

David B did a good job repairing and replacing panels on my garage door. He wasted no time. He was very pleasant and very knowledgeable. I recommend Best Door Service and David to my friends.

My garage door wouldnt open and I had an emergency. I called a couple of places but no one answered. Richard answered immediatley and David came right out and quickly fixed me up so I was able to go meet my family member. Thank you so much. Great service. If you need your door fixed call these guys.

Gate wouldn't open one day, so we called Best Door Service to come out and fix it. They charged roughly $180 to fix it, which was fine considering it worked at the time, but it broke once more a little over a week later. Best Door Service told us that their technicians were booked all the way up to next week, but that they could send someone over to show us how to open the door manually. This meant another $35 service fee, but when the technician came over and unscrewed the gate chain for us, he wrote an invoice for an additional $89 in "labor fees". In what world does simply unscrewing a chain justify $124 in charges??? So far we've spent over $300 on Best Door Service without them actually solving the problem, nor have we received a warranty of any sort covering their previous work. Would not recommend.

The 1st tech performed an emergency opening of the gate, but warned that more repairs/replacement was needed and only charged the $35, as a one time courtesy. The 2nd tech did temporary repairs &amp; also noted it needed to be replaced. The gate broke again, as both techs warned it would. The 3rd tech again did an emergency open of gate &amp; charged the min labor fee &amp; explained that the gate op needed to be replaced. Half of the $300 was for remote controls, which are covered under the warranty that is printed on all of our receipts. We will gladly replace the gate operator, as this is what it requires. We do have min labor fees of $69-99, that is very fair. All trades, electrical, plumbing, etc. have min labor fees which range from $100-300. Please call Best Door Service &amp; we will gladly apply any discounts &amp; set up a payment plan to make it easier for the new gate operator to be installed.

This listing has been claimed by a business representative.
Helpful(0)Flag
Elyse C.

- Kenneth came out and found the problem was the circuit board.

- My old circuit board had a company name on it: AUTOMATIC GATES of Houston: GREAT GREAT COMPANY AND HONEST!!!!

- Kenneth took my board with him.

- Best Door took 3 days to call, to make sure I was really in need of that board.

- Kenneth said that AUTOMATIC GATES of Houston was out of business. (LIE #1)

- 3 wires into 3 slots on the board, and connect the battery.

- Installed the new board in less than 10 minutes.

STAY AWAY FROM BEST DOOR SERVICE.

NOT HONEST - NO INTEGRITY.

Their service is OK but they are overcharging and there are a $99 minium charge in addition to $49 service call. I paid $148 just for 2 minutes work !!!

We strive to provide our Best Service on every job. We do have a $49 service fee on Sundays &amp; also because your home is located a far distance, which we feel is quite reasonable, and which we informed you of at the time you scheduled the appt. The technician did repair the door and garage door opener and he charged the minimal fee of $99 &amp; also took time to show you proper maintenance of the garage door. I have also offered to email you a copy of your owners manual, so that you can perform the maintenance and trouble shoot any future problem. We feel the value for the prompt, efficient, professional service that was rendered in your home is well worth the $148 total that was charged for the repair. Please call the office so that we can make sure you receive our Best Service now and in the future.

This listing has been claimed by a business representative.
Helpful(0)Flag
Agron S.

David was my technician and he was courteous, professional, and straight to the point about the repair. He finished it very quickly and the garage door was opening and closing much smoother when he was finished.

I have used Best Door for years and have always found them to be fast and reliable. The same guy always comes and he remembers what he did before. They can usually come on the same day and have always been able to fix the problem. I think the prices are fair.

I just used this company for the first time and I am thrilled! Finally I find a company that has both reasonable prices and Exceptional Service. The technician who worked on my door was patient and answered all my questions. He showed up on timwithin the hour! I will recommend Best Door Service to everyone.

We are thrilled to know that you are happy with our service. We consistently have the Best Service in town for the Best Value. We look forward to serving our customers for many years to come. We understand we are building a lasting relationship with our customers!

This listing has been claimed by a business representative.
Helpful(1)Flag