General Info
Hub Cap Annie has been in business for over 18 years providing the Memphis area with the biggest selection of custom and OEM wheels, tires, and professional wheel repair and customization services. We are a growing family business who is committed to our customers. Some of our employees have worked here for as long as we have been open and have the expertise and the experience to serve our customers better than anyone in the business.
Hours
Regular Hours
Services/Products
Brands
Haida Durun Lionheart, Lexani Decenti Nexen Delinte, Massive Versanti Ravetti Ruff, Nitto Toyo Atturo All Major Brands, Same Day Service, Velocity Borghini Azara Gima Starr Cavallo, XD FUEL BALLISTIC HELO MOTTO METAL
Payment method
master card, visa, financing available, amex, cash, discover
Other Link 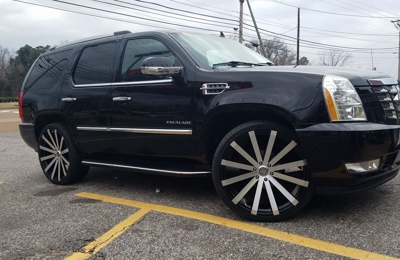