BBB Rating
A+
BBB Rating and Accreditation information may be delayed up to a week.
Hours
Regular Hours
AKA 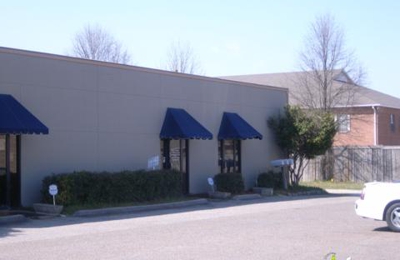 Please be careful when choosing this law office for any matter. I am in the process of having a divorce done by this law office. I started a uncontested divorce paperwork in october of 2007. I paid entire amount up front. They told me that it would probably be done in mid to late march. I found that when mid to late march that it still was not done. They said that they were waiting on quitclaim deed paperwork to be signed. I found out that they sent the paperwork to the wrong address. I have called consitantly trying to talk to the lawyer and left my number multiple times, but unfortunately the
lawyer still is supposedly always "busy" and cannot find or make time to call a customer who has already paid for their services but is getting the run-around and being ignored!!! So please,if you are considering using this law office....consider using someone who does whats best for the customer and keeps them informed in an appropriate,timely fashion.

Kudos to you,whyithurtz, for letting the public know about the service level you received from this law firm. It's only a matter of time before more ratings and reviews will be available for attorneys so that we can receive closer to what our expectations are for legal services. The days of attorneys ripping people off are coming to a close. Their own practices are catching up with them.

Obviously, this firm read your rating and decided to counter with negative comments. Gotta wonder where they received their educations from if they don't know how to manage PR better than this.

All he has done is postpone and postpone. Then wants more money. He is rude and egotistical. He didn't show up for court once and left us there alone. He forgets when court dates are. Will not tell you when its been postponed, forgets himself to show up to court. Another time, after he postponed the date, we went in to check on any fines and The Court said a warrant was about to be issued because we we're not in court and neither was horan. I called horan and he was very snooty and said it was our responsibility to know when court is, not his. He ssid he is a professional and knows what he is doing, that hes been doing this for over 30 years and the court documents were wrong. When i questioned him he got mad and again told me how good he is and the court was wrong. When i told him the court wss Official and I told him that's what we are paying him for, he hung up on me. Very unprofessional person. He consistently ask for more money. We have asked for 2 years to get it over with and he keeps postponing court. Then Said it wasn't his fault my kid was a junkie after he wanted more money. I gave him a check, had paid in full on check, have not been back to court and guess what? He wants more money. This guy is a clown. Do not waste your time and money with him. Get a good lawyer. Horan is not a good lawyer. He is a rotten piece of fruit that will spoil everything around him. STAY AWAY FROM HORAN. You'll waste your money and time.

Doesnt even deserve one star! This lawyer never showed up for court dates, which cost my son 5 yrs of his life. And crap attorney thinks he deserves 3000 dollars from us. What a piece of sht lawyer!!!!!!

My ex used and still is using this attorney and we have been divorced for 3 years now and I still I haven't seen any money from my QDRO that was supposed to be completed three years ago. The services are paid for but the attorney doesn't know how to complete the QDRO. I have sent in a complaint to the MS bar for his lack of services. Do not use this attorney for a big divorce or you will get burned. Filing papers of contemp because I want what is rightfully mine.

Mr. Horan is excellent; I had a domestic problem that was out of control. I met Mr. Horan at the Justice Court he cut his fee in almost half and in less than ten minutes my case was dismissed and I was on my way home.

Sounds like this guy.................whyithurtz.............has some issues that cannot be solved by a divorce. To me the spouse in this matter ought to consider herself lucky to get rid of this loser. What childish behavior and only an ignorant person would write a buisness response such as this. Since the response is written about a lawyer then I am assuming that this WHYITHURTZ thinks that he must be this guys only client. Get a life WHTITHURTZ and get your thumb out of your mouth. It's time to be a man, every thought about joining the army?? It might make a man out of you