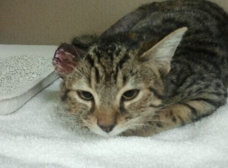 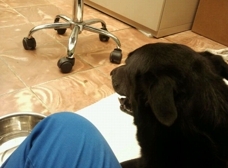 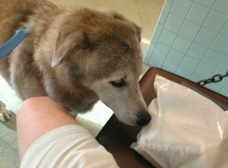 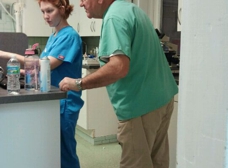 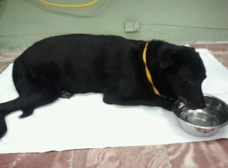 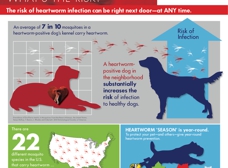 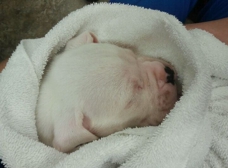 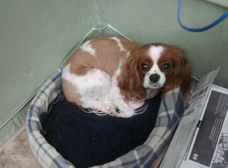 Dr Ayala was great! She was very informative and took care of my baby. I recommend you to see her !thank you Shayna and luis for all your help!

Dr. Wenzel is great. She really took her time with cookie and answered all my questions. I highly recommend everyone to see her .

I have been going to English Animal Hospital for over 20 years and have had many many animals. Since Dr. Prosek retired and sold the business it has gone down hill with no regard to longevity of a customer. I recently had foot surgery and am not able to stand on my foot. My dog has a swollen leg and I called to see if they could take her in for the day, diagnose the problem and let me know. They said they could not do that. I needed to be there in person. They would not call me and discuss. Dr. Prosek would never treat a long time customer like this...we are not mainstream Miami... this is Homestead...small town people concerned for people. I would never recommend this place to anyone... no respect for animal or human life...

Horrible place. I went in for a $25 vaccine for one cat and the bill was $118. They trimmed the nails for the cats which they didn't tell me there was a charge of $16 per cat! So $50 for nail trimming, $22.50 office visit fee, $7 waste fee. So instead of going to pet supermarket for a $25 vaccine I was charged $118 at English Animal clinic for unnecessary extra charges never again

After treatment from this place on 4/16/16 I was forced to take my baby Tiffany a senior Maltipoo is good health to the ER only to have to put her down. HORRIBLE VET AND TECH, she went in for a simple ear cleaning and ended up having seizures due to the trama she went through at this place. I AM ALSO FILING A FORMAL COMPLAINT WITH THE BBB AND ANY OTHER ORGANIZATION THAT WILL HELP ME GET JUSTICE FOR TIFFANY.

Thursday 06/11/2015, my friend brought his rat terrier Mochita to English Plaza Animal Medical Center for vomiting bile and was immediately diagnosed with a piometra or uterine infection, underwent surgery, was billed $700.00 and was picked up the next day. He was told that she was okay, just had a poor appetite. Upon coming home, she began vomiting bile again. She was returned to the hospital and he was told she needed hydration. Saturday 06/13/2015, he returned to EPAM to pick her up and began vomiting bile again at home. Monday 06/14/2015 at 0700, she was taken back to EPAM with profuse emesis. He was told, that further analysis would be made as well as X-ray, with another $400.00 in fees for additional services. Approx. 2 hours later, he was called to be given another diagnosis of pancreatitis. Unfortunately, it was a late diagnosis and she passed away on Tuesday 06/16/2015 at 1400. The veterinarian who attended my friend's dog was alleged to be more versed in studies, then experienced with dogs. My friend mentioned that the young female veterinarian had incompetencies that prevented the accurate diagnosis and appropriate treatment that could have prevented her death. My friend had such an uncomfortable and negative experience with the services he received at EPAM and would like to discourage others from having to feel what he has felt becasue of their negligence and the punitive damages of the emotional anguish of losing a loved one.

I have been taking my pets to English Plaza for over 10 years. Dr. Prosek is by far, the finest Veterinarian in So FL...he genuinely cares. Clinic is immaculate, Techs are polite, prices are reasonable.

I have been going there for 20 years and the care is worth the drive from Kendall...

DR. FRANK PROSEK IS BACK!

@Sunflour, I am so sorry to hear about your dog....The clinic was under "new management" and as a result of that and poor quality of care as well as uncaring staff many satisfied long term customers left. The original and previous owner is now back. You can rest assured that things will change again for the good.

I am so happy that EPAMC has 24 hour FULL services for Homestead.

The owner & staff are outstanding! My dog feels the same way!

When in a pet crisis, don't hesitate to go there. We were glad they were there in our time of need.

I am writing this as a warning to ANYONE with an emergency. The office appeared to be friendly and compassionate when I took my dog in on an emergency in February 2012. The office treated him and sent him home with medication the first bill was $1300. Less than a week later I had to return with him for the SAME EXACT situation. This time I was informed the treatment the doctor had given my my dog a week prior was indeed the WRONG treatment!! They informed me the NEW treatment they needed try in an attempt to get him through the night. The new treatment would be ANOTHER $1100!!! Needless to say I paid the bill and my dog did not make it through the night, He was put to sleep shortly after I dropped him off for the second time. I have been trying to contact the office manager "Kim" to discuss the bill but she has refused to take any of my calls always advising the person answering the phone to say she is with a "client". I am extremely disgusted that in today's economy this office will not take into consideration the hardship this bill caused me and the fact that my dog did not make it is even harder to deal with. I was charged over $130.00 for medication my dog did not take, I never even had the opportunity to bring them home. I was charged for "misccellaneous" services totaling over $200.00. I was hoping the office would re-evaluate the bill since it totaled over $2,300 and the dog did not make it. I am positive that if they wanted to the office could have actually excused some of the procedures I was charged for but instead they refuse to come to the phone. I am strongly urging any pet owner that loves their pets the way that I do please do not use this office. The office will not work with you should the bill exceed what you can actually afford. They will however offer you a finance payment plan that will drag out the expense and charge interest should you not have the funds immediately available. Please do not fall victim to the appearance this office presents on first appearances. I fully understand that when you bring an animal in for emergency services there is a chance they may not make it out however, the office should also take this into consideration when an owner asks for just a small amount of assistance with the overall total bill.

My American Bulldog had a restricted airway fro

an unknown allergic reaction. They had closed at 2pm,

but took her in. I saw the after after hours vet. She was very

nice and very concerned. Her assistant who happened to be her husband

was very helpful. She gave my dog a shot and gave her IV fluids. If not

for their expertise my dog could have died. The price for the after hours

visit and the emergency visit was very reasonable.I would definitely recommend

I have been aquainted with English Avenue Plaza for more that15 or 20 years. Dr. Frank Prosek is an excellent vet with more experience than most Vets. His staff is concerned, pleasant (I know this because my dog Sam loves to go there), efficient, pratical, etc. If you go in and want to be with your pet while it is treated, just ask, there is no problem.

They have not only Dr. Frank Prosek but also his son who is also a specialist in heart and pulminary deaseases, Dr. Tucci whose specialty is Ocular. There is a speciality clinic located behind the main vet clinic with other specialists as well.

I have found them unreplaceable in my pet(s) life.