General Info
Austin Heating and Air Conditioning, Co. is a choice company for all your heating and air conditioning needs in Holly Springs, NC and the surrounding Raleigh areas. We aim for complete customer satisfaction with our affordable prices, superior customer service, quality of work, and honest advice. If you need installation, service, maintenance, repair, or replacement of parts or a whole heater or air conditioner, we can help.
Email
Email Business
BBB Rating
A+
BBB Rating and Accreditation information may be delayed up to a week.
Logo 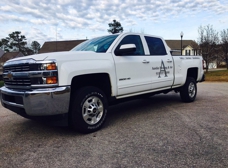 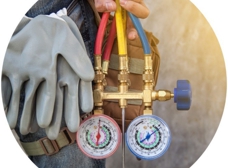 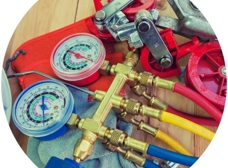 I asked Gary to come out and give me a quote on a new system because another company made me believe replacement was my only options. Gary encouraged me to allow him to see if the old unit was reapairable. He diagnosed the system and gave me three affordable options. The system works fine now and Gary saved me a lot of money. Thanks again!

We had a not so good experience with our previous AC COMPANY and decided to try these folks out~
Made a call and left message and recived a call back from Tim, the owners son, in less than 30 minutes!
A time frame was given and also let us know he would work us in earlier if possible. He did just that~
Within 3 to 4 hours of calling, they completed the job.
Very knowledgeable, friendly and professional... eager to ensure we were aware they would return if the AC did not perform as expected.
We now have a new AC company... needless to say! Great experience.

Would have give no stars but that wasnt an option...Useless, sounds like a one person operation.....Gary the Owner was too busy to talk he was on the road, no one is in the office , Ill call you first thing in the morning..blah, blah, blah....worthless .He has multiple BBB complaints. Can't wait to put him out of business.

I cannot tell you enough about how much I appreciated Gary from Holly Springs Heating and Air Conditioning.

I called Holly Springs Heating and Air on Saturday morning at 10:30. They were out here by 2:00 P.M. the same day! He came out on a Saturday and didn't over charge for that like many companies do. Which made my day! He helped me understand what was wrong with my air conditioner and fixed it fast!

The price he charged was VERY fair and I will be using Holly Springs Heating and Air for years to come!

Very nice people, great service and good price. Nothing else you can ask for!

Holly Springs Heating and Air is a great company. They are prompt and show up when they say they will. The owner goes out of his way to make sure somebody is there to address the problem as soon as possible. Holly Springs Heating and AC fixes it right the first time and is very fair with their prices. Whenever i have had a heating and cooling problem a quick call to Gary the owner has done the trick and i am cool again. d.harpe,raleigh,nc

Called Holly Springs A/C on a Saturday and they came out in a few hours. A quick diagnosis determined that a $5 fuse had blown in the unit. Honest and quick service...you can't ask for more.

We requested a service call on on upstairs air conditioner through another company and they didn't even perform the basic trouble shooting steps to determine the problem. After they left charging us for the service call we still had no working AC. Holly Springs Heating and Air was called and in minutes a determination was made, a blown fuse in the blower system coupled with a faulty switch on the compressor corrected the problem . Gary was on time, and the most efficient technician we have had the opportunity to work with. They're attention to detail was well worth the call. They will be our preferred company for all future problems or work we need. We are very satisfied with their work ethics and overall attitude.

We had another company come to our home who said that we needed a compressor. They said that our whole system should be replaced, for over $6,000. We called this local company for an estimate for a compressor.
They told us that our compressor was OK, and just needed a start capacitor which was a minor replacement. Our A/C has been cooling great ever since. Calling Holly Springs Heating & Air saved us at least $1000 for a new compressor. We were so pleased that we also enrolled in their preventative maintenance program.
We tried using the helpful diagnostic information on their web site and figured that they weren't trying to rip people off if they actually helped people fix their own heating & cooling problems. We are very pleased with their honest service.

Heater broke, called these guys and they said they would be out first thing, no show, call again and they say they will be out in the next morning, then they say they cant make it and will try to make it another time. They dont call to tell you whats going on (IE....were running late and cant make it) Talk with the owner and he is rude as can be. What a piece. What ever you do use another company these guys dont even try to give you service you would think in this economy you would go out of your way to be respectful and thankful for any customers at all. STAY AWAY FROM THIS PLACE

This is a great company, we have used them several times and they have always given us great prices and excellant service. Will always use for heating and a/c problems!

This company is a joke. When the first came out they told us nothing was wrong with our AC. After numerous phone calls I finally get the owner Gary to come out. He tells me he would be there between 12-4pm and never called to say he would be late. He finally showed up at 7:30pm. Found all these things that needed to be worked on and said he would call me the next day to set up an appt to have the service tech come out. He never called the next day so I started calling him again. Everyday it was the same response...""I will get ahold of the guy to schedule an appt. and call you back:"" This has been going on for a week. I have called every day for a week and still have not been able to schedule an appointment. It absolutely amazes me that a business operates this way. So...now it has been 2 weeks since they first came out and nothing has been resolved.