"Every job. Right. Every time." 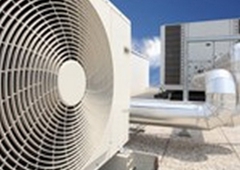 I called Monday afternoon because my furnace was kicking out soot and smelling up my house.I was told someone would be out Tuesday afternoon because their only tech who works on oil furnaces had an appointment in Buffalo. Around 4 I called because no one had shown up, was told the tech got delayed but he would be here on Wed. I informed them I had a doctor's appointment and wouldn't be home after 1 but then someone would be home around 3:30 if we missed each other earlier. When I returned home around 4, I found a message on my answering machine from the tech. It was around 1:30 when he had called. I called back and actually spoke with the tech who said he could come out on Thurs. I had to be in Buffalo all day but as long as he could use the outside door to access the furnace he wouldn't need to access the the house. I let him know I had turned my furnace off Tues night because of my concerns with my furnace. He assured me he would be at my home after a quick appointment in Ischua. I gave him my cell number as well as my parents number who live 2 houses from me in case there was an issue and he needed to contact someone. When I returned home last night around 6 I discovered he still had not come to address my issues with my furnace. So a little after 8 am Fri I called again to find out when I could expect someone, the service took a message and said I should hear from someone soon. 2 hours later still no call so I called again and left another message to have someone call me because it is 54 degrees in my home. About 10 min later I got a call back, I explained I was upset. She informed me she would contact the tech and see when he could come out. I just received another call saying to just get someone else to come out they are too busy to address my furnace. Now I have to scramble to find someone to come out and hopefully not get charged an emergency call fee. A whole week I waited for this. If I could give them a negative star rating I would. NEVER again.