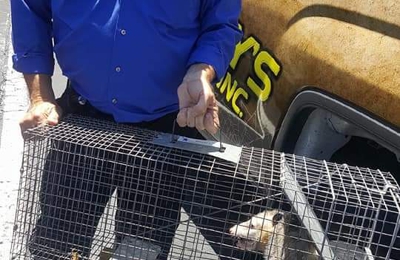 ***BEWARE*** Horrible Customer Service from the Owner Roberto Fernandez, Manager Carlos Pena and Supervisor Patricia. There was a Misunderstanding with the Schedule through their side. They Did Not even Apologize for their Mistake or Tried to Correct their Mistake.

Never Again!!!!!! My girlfriend called and made an appointment for my fridge to be repaired. They send a pretty decent guy Lewis with a young apprentice tech. They diagnose the issue at being a blown evaporator fan motor they have to order the part. Gave a ninety dollar deposit which they said would go towards the repair. I would have to wait a week for the part to come in. Never called to mention about the part. We had to call them and they said they've been waiting for us to call an schedule. Made an appointment. They send two different young techs in there twenties. they install the part but said it was defective and would travel to Pompano and get it. Be back in the afternoon to install,(why didn't they drive to Pompano initially?). When they arrived later they damaged my wall from not pulling the refrigerator out of the enclosure. They cracked the protective plastic grill at the bottom of the fridge,and marked up they exterior side of my appliance.To boot they now say the part wasn't bad at all but now its the control module hat needs to be replaced from inside the fridge.That part has to be ordered. Two days later lewis is back. My girl mentions about the damage to the wall and fridge. Lewis mentions he didn't do it. He takes pictures and walks out side calls his office. Comes back in and says he is leaving until the issue of damage can be dealt with. He is right he didnt cause it. Perhaps if they send the same tech from start to finish this wouldn't happen. We ended up calling. Nitza is her name I think. Great customer service skills . NOT!!!! kept hanging up. There are claiming the job would have been over 300 dollars. Fine I just wanted them to subtract a credit from final bill. They were only willing to give 25 dollars for 100 dollars damage. Nitza has customer service skills of a mole rat. Hiding behind an excuse that the ninety dollars is for paying the tech,gas,insurance, wear and tear of the vehicles is bolony. The job was screwed up from the start.

I have used RR Appliance Services 3 times now and they are always here when they say they will be, they communicate when they are arriving and they do great work at repairing my appliances. Will always call them for service. Wylie and Claudio are my favorite technicians! Courteous and thorough service. They go above and beyond every time.

Terrible and unreliable. They change appointment time without notifying you or making sure it’s ok to do so. The person who answers the phone lacks common sense whatsoever. Matches Frigidaire who use them as their warranty company. Both are very very bad.

Tech notions are poorly trained. They are basically parts changers, and there is no customer support from management. My refrigerators ice maker has been leaking and they have been unsuccessful fixing it. The last service tech replaced the ice maker and that evening the freezer and refrigerator stopped working. I asked to speak to the owner after the manager was unhelpful, and I was told he doesn’t speak to customers. This is definitely a company to avoid.

Unfortunately this company has been my warranty under Frigidaire. The response time initially getting a appointment was rather quickly. Once the tech came he had to then order a part to fix the washer. A week later... no call no show and not even a call back from the company informing me of rescheduling. I had to call them to reschedule. A whole week later they were not able to get the technician to the house due to the technician that ordered the part was hospitalized. Another week later a different technician came and said that the first technician ordered the wrong part. Another week later they are just now ordering the part and now I have to wait another week. There seems to be no urgency whether my washer is not working or not. It took me a couple days to finally be able to speak to the supervisor Audrey or Aubrey. All that has been done on her part is an apology and following up on my now expedited part. I will be contacting Frigidaire corporation about there affiliation with this company. All of my home appliances are under warranty and if RR Appliance is my only warrenty option then I am in an unfortunate situation.

Absolutely the worse . These guys can fix anything . They have been sent out 4 times for the same problem and they cannot get it fixed. I would not even let them fix my toaster or put air in my tire.