Dr. Dental of Haverhill has not yet specified accepted insurance plans.

Dr. Dental of Haverhill has not yet specified any specialties.

Biography
Conveniently Close By
No more going out of your way. Dr. Dental has convenient, easy to get to locations right in your neighborhood.

Pay As You Please
We accept nearly all types of insurance, offer flexible financing and take all major credit cards. So you can pay your way.

Everyday Deals
Brighten your smile for just $57* with our New Patient cleaning. Just one of our everyday deals for less than you'd expect.
Languages Spoken
English, Spanish

By Appointment Only
No
Services/Products
At Dr. Dental, youll get the quality care you want for your teeth and so much more. Over the years, weve provided thousands of families in Massachusetts, Connecticut, New Hampshire, New Jersey and Rhode Island with convenient and affordable general dentistry in a friendly and comfortable environment.
Dr. Dental offers a wide range of services for any mouth, at any age. Find a Dr. Dental office thats close to you to get your teeth started.
Fillings
Night Guards
Crowns (Caps) & Bridges
Oral Hygiene
Root Canal Therapy
Dental Cleaning
Dentures
Preventative Dentistry
Tooth Whitening
Porcelain Veneers
BondingSealants
Dental Implants
Non-Surgical Gum Treatment
Invisalign
TMJ Disorder
Lumineers
Brands
invisalign, lumineers 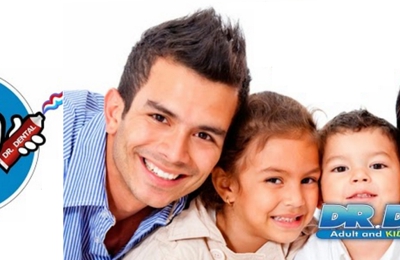 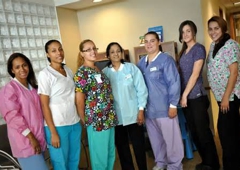 Dr. Jim Meletlidis was my dentist as well as my daughter's. A little over a year ago, he began filling cavities for me. It seemed to quite a few but I trusted him. His injections left me appearing to have bells palsy. He was fast, maybe too fast. Made me nervous. As he was working on a tooth in the top left side of my mouth he banged my bottom tooth. When I got home and could feel my mouth again hours later I noticed a piece of my tooth was missing. I let him know next visit and he said he would fix it. I was only slightly worried at this point. In June, while in New York a filling he had just filled in April fell out. I found another dentist as quickly as I could. The nerve was inflamed. I could not afford the root canal so it had to be removed. I reported it to masshealth. Two of my bottom left teeth have holes in them as well that he had filled in April. I am having to pay to get those fixed. Masshealth told me to go to back to him, but I am too afraid of what more damage he would do. My front tooth also had a piece fall out of it and I had to pay to have it fixed. This past Thursday another filling he had done fell out. It was close to the gum. I managed to get to my new dentist yesterday and she did a great job repairing it so I didn't have to lose another tooth considering I cannot afford a root canal. I have a tooth above it that is also very sensitive. My current dentist xrayed my whole mouth. She said that filling was done close to the nerve and may eventually need a root canal as well. It is sensitive when I chew. I cannot eat certain foods anymore because of what this dentist has done to me.

I also feel he may have been doing fillings in teeth that didn't need it. I was scheduled for two more fillings but decided not to go. When my current dentist checked and xrayed she did not see any cavities.

My concern is Dr. Jim Meletlidis mostly works with people and many children on masshealth that so many innocent children will have these problems at such a young age.

I had to take out a credit card to pay to fix all the damage he has done.

I am a single mother.

He also worked on my daughter who now has sensitive teeth.