General Info
Welcome to Main Street Service Center, proudly providing expert auto and light truck repair, and maintenance services to customers of the Harrison area. We begin by offering a host of FREE services, including on-line auto maintenance schedules for your car or light truck, followed up with friendly reminders that let you know when your car is due for service. It has never been easier or more convenient to keep your car or truck in top shape. We also take the time to explain every job, and always provide you with an estimate in advance. You can be assured that our technicians have been trained to repair your vehicle - old and new alike - the very first time. And we always use the right parts for your vehicle.
Email
Email Business
BBB Rating
A+
BBB Rating and Accreditation information may be delayed up to a week.
BBB Accredited businesses follow the BBB Code of Business Practices and pay a fee for accreditation review and monitoring. Accreditation is not a BBB endorsement or evaluation of the business’ product quality or competency in performing services. 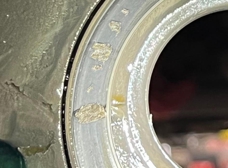 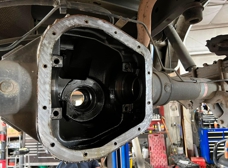 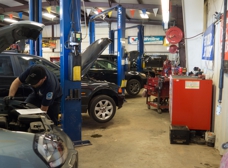 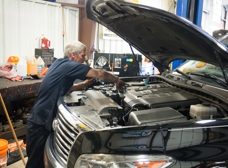 I had a lot of services done to my car from here. It seemed like it was one thing after another. Everything they were running was through computer which costed me things i did NOT need to fix. However my father was able to fix my car. MSSC couldn't even tell me that i needed an air filter when my father could. I wished i had asked my father before considering the referral somebody requested this place. 8 months later i had a part that needed to get looked at by the company because it was something i paid getting done, and i received a call from the owner himself who accused me of being someone i wasn't and was going to refuse doing my car because of whatever issue it was whom he thought i was. I never felt so humiliated and disgusted in my life. I felt that if he was the face and name of this company, He should have not treated his customers the way he treated me. It was so uncalled for and he asked me personal questions about my family and what they drive. Until my car parts are out of the warranty that they did, i will not be going back to do business there. I just hope since he found out i was not who he accused me to be, he doesn't screw up my car to think i would go back to do business with him.

First off I do not live in Harrison. The check engine light came on while I was out of town with my family. And we knew we wouldn't make it home. So we found this place on google. I'm so glad we did. We went at like 3pm and they check it for us. They found many problems, but they asked us if we just wanted them to fix it enough to get him. They didn't try to up sale. They were super friendly and they were very understanding of my loud 2 year old. Also we made it home, safely with no problems.

This is the most honest and dependable shop i been to. The staff is friendly and there work is top notch. They are ASE certified. I have been working on my own cars for years. And if i need advice or just work on it these are the guys to see.