Since 1983, Largest Retailer of Truck Caps in the Northwest!

General Info
Canopy World, Inc. has been known for its honesty and integrity in the canopy industry since 1983. This reputation allows us to represent the largest canopy manufacturers in the United States. We are authorized dealers of Leer, A.R.E., Glasstite, Gem Top, Vista, and Raider. We carry a wide assortment of Fiberglass, ABS Plastic, Steel, and Aluminum canopies for both recreational and commercial use. Almost 90% of Canopy World's business comes from referral or repeat customers.
BBB Rating
A+
BBB Rating and Accreditation information may be delayed up to a week.
BBB Accredited businesses follow the BBB Code of Business Practices and pay a fee for accreditation review and monitoring. Accreditation is not a BBB endorsement or evaluation of the business’ product quality or competency in performing services. 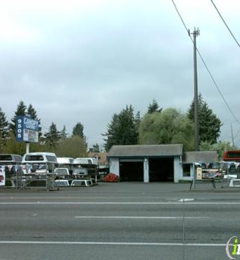 I purchased a new mid-ranged Century canopy on or around the 20th of November 2017 and after the 3rd attempt to receive my new canopy as of January 27, 2018.
I was informed by Dave that the Century Canopy would be finished in 2-3 weeks and I should have it for my birthday by the first week of December 2017. On or around the 20th of December 2017 I received a call stating the factory painted it the wrong color. Dave stated it was the factory’s fault for the wrong paint code and it would be place on a rush order.
On or around the 15th of January 2018 I received a call again from Dave stating the canopy came back but was scratched and wanted to know if I would take a discount or accept a top rack for free. I wanted a new canopy but was leveraged into settling for a rack I didn’t want.
It’s worth mentioning that Dave was never contrite during the process and wouldn’t allow me to have the number to the factory. On the week of January 22, 2018 I receive a call stating it was ready and made an appt. to have it installed on January 27, 2018 at 10:00am.
Due to more damage the canopy wasn’t installed and now I’m left to take more actions to get my canopy correct or would just want a refund and find a company who believes in great customer service and experience.