We Guarantee The Lowest Total Tire Price! On The Rim & Out The Door Pricing. The No Hassle Buying Experience.

General Info
On The Rim & Out The Door is our revolutionary pricing policy. A traditional tire dealers tire prices do not include installation. On average, this costs $25 per tire extra on a set of four tires. We include all necessary installation services in our tire prices. This includes: Mounting & Balancing, Lifetime Rotations, Alignment Check, and 30-Day Price and Ride Guarantee. Mr. Tire will beat ANY competitor?s tire price by 5% before you buy and for up to 30 days after your purchase. Just bring in their written estimate or advertisement. Or, show us the total installed price on your phone. It?s that easy.
Email
Email Business
Extra Phones 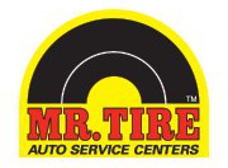 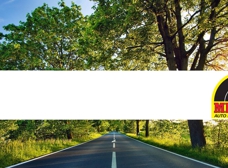 I am not a "car guy", I leave this up to people who are supposed to be the experts. My car was overheating, and I took it to this store. I was told I needed to replace the fan assembly at a cost of 650.00. I couldn't afford 650.00 at that moment, so I called a friend of mine who is a mechinic by hobby not school. I went out bought the part and he was going to put it in for me, saving the 350.00 labor charge. I got the part, but before he put it in, he checked the thermostat. As it turns out A 20.00 PART WAS THE PROBLEM! So either their trained mechanics don't know what they are doing, or they were trying to get over on me due to my lack of car knowledge! EITHER WAY, I WOULDN'T TAKE MY CAR THERE FOR THEM TO PUT AIR IN MY TIRES IN THE FUTURE. Also, they charges me 80.00 to diagnos the problem. Total rip off!!!!!!

Well..the money making schemes are still going on. I took my truck in for a tire rotation and they told me I needed a hub assembly and also a steering damper. I took it to a real mechanic and they said I didn't need either one. Mr. Tire was going to charge me $500 for those parts. Watch your back, they are liars. I went to the location at 7224 Ritchie Highway.

They are a decent place. They show you the before and after of an Alignment check (which Monroe didn't - even though they are run by the same company) and afterwards they will tell you what they noticed else was wrong with your car. Though, this could be a money making scheme it may also be truthful. My father has been a mechanic for over 35 years, back when I still had my '91 Cavalier, before taking it to this shop, I asked him to do a once over to see if it needed anything done. He said no but Mr. Tire said there were a few things wrong, which of course would cost me $$$ so I said, no thanks, just give me my car. I recently took in my 2008 Elantra for an oil change and alignment. They showed me the before alignment measurements and the tech. said the Cambor is off but aligning the front might adjust the toe in back which may fix the problem. Afterwards they said the Cambor was still off and offered to sell me a kit for $100 to 'fix' it because they stated the rear wheels were bent in on an angle (!!??) and any pot holes or whatever could cause this. I spoke with my father later and he said, if all the measurements were in the 'green', and they were, after the alignment and the rear tires aren't wearing oddly then it's ok. Also, he stated that he got the same kit put on his 2001 PT Cruiser and wished he hadn't since it wouldn't drive right after it so...the lesson here is, they MAY be truthful but not 100% truthful about WHY and IF it's really needed. Although, one thing did worry me about this place. I was in the waiting room where you can see the techs. working on all the cars in the bay - the one closest to me was one of those Pontiac Aztecs and a tech. was trying to put on the inside door assembly and hit the outside of the door on those really big iron poles that the SUV was between. He didn't flinch or care or even check it. Not like he was struggling with the thing, he just opened the door - it hit the square pole and that was that. A word of advice though - ALWAYS watch what they are doing with your car or else you could drive away with a BIG dent somewhere and with no witnesses they probably won't take responsibility.