Specializing in Installation and Maintenance of Commercial and Residential Garage Doors

General Info
Thank you for your interest in All About Doors, Inc and giving us this opportunity to introduce our company. All About Doors has been a locally owned and operated door company serving the Mid-Atlantic region since 1999. We are geared towards today's fast paced, scheduling needs of our customers. At All About Doors, Inc., our responsibility to our customers is to have each and every door installed or repaired promptly and at a competitive price. At the same time, All About Doors, Inc. exceeds all standards of quality and precision. All About Doors, Inc. prides itself on the "Customer Satisfaction" approach. This means that we are your one-stop source for installation, repair, and the servicing of your door from start to finish. With the new addition of two employees to our office staff, we now have 30 years of experience in service and sales. All About Doors, Inc. has developed a reputation for catering to the specific needs of a company, whether large or small. Our flexibility and diversity gives us an edge in the door industry. All About Doors, Inc. can either maintain your door projects from beginning to end, or provide your company or home with a specific job operation tailored to your specific needs. All About Doors, Inc. wants your business. We are not afraid to earn it by offering competitive pricing, an excellent turn-around-time and the quality necessary to meet and exceed all of your specifications.
Email
Email Us
BBB Rating
A+
BBB Rating and Accreditation information may be delayed up to a week.
Extra Phones

Associations
Factory Trained and Certified Technicians Licensed and Insured
AKA

All About Doors Incorporated 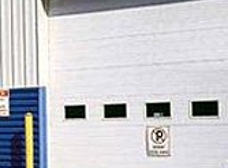 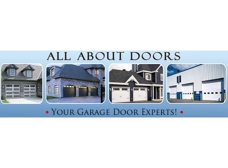 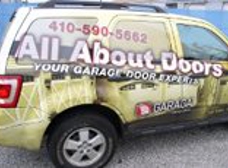 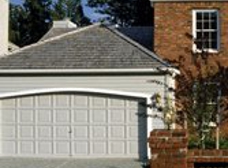 This company was horrible!!!!!! I have a problem with my garage door reversing when closing, so I called " All About Doors, Inc." in Glen Burnie, Maryland. The technicians came out to make the repairs, and instead of them fixing the actual problem they replaced the springs. They charged me $180.00 for service, and $43.00 for the new springs. I still had the same problem with my garage door reversing, so I called them out a second time. The technician stated that I actually had a problem with the operating system, and recommended replacing the unit. I spoke with the manager to request a refund, since the problem was not fixed. He stated that he would now charge me $500 for operating system. I asked if the $223 could be taken off the fee to replace the operating system, and he said no he was going to give me a discount but not that much. I told him that I did not trust the fact that I would not be scammed again by his company, and wanted to have another company to fix the garage.

Lolanda, We have been serving the community since 1999 and do not scam our customers. In Feb 2016 we sent a technician out to fix a garage door problem and when he left everything was working fine. 32 days later we were called out again and discovered a completely different issue. We felt the discount we offered was fair but could not issue a 100% refund on parts and labor for work that had been done over a month previous that had fixed a problem you were having,

This listing has been claimed by a business representative.
Helpful(0)Flag
Laurie A.

Quick service. I was really impressed with the professional technicians who came to fix my door. They were very friendly, knowledgeable and informative and got my door working for reasonable price. The young lady in the office was very professional setting up my appointment as well.