General Info
Property Location Located in Glen Allen, Hyatt Place Richmond/Innsbrook is in the business district and close to Children's Museum of Richmond and Short Pump Town Center. This hotel is within the vicinity of Regency Square Mall and Cobblestones Park. Rooms Make yourself at home in one of the 124 air-conditioned rooms featuring refrigerators and MP3 docking stations. Wired and wireless Internet access is complimentary, while 42-inch flat-screen televisions with cable programming provide entertainment. Private bathrooms with shower/tub combinations feature designer toiletries and hair dryers. Conveniences include phones, as well as desks and separate sitting areas. Amenities Be sure to enjoy recreational amenities including an outdoor pool and a 24-hour fitness center. Additional amenities at this Art Deco hotel include complimentary wireless Internet access, a television in a common area, and a picnic area. Dining You can enjoy a meal at a restaurant serving the guests of Hyatt Place Richmond/Innsbrook, or find a snack in a coffee shop/café. Quench your thirst with your favorite drink at a bar/lounge. Business, Other Amenities Featured amenities include a 24-hour business center, express check-in, and express check-out. Planning an event in Glen Allen? This hotel has 1196 square feet (111 square meters) of space consisting of conference space and meeting rooms. Free self parking is available onsite.
Email
Email Business
BBB Rating
A
BBB Rating and Accreditation information may be delayed up to a week.
Extra Phones 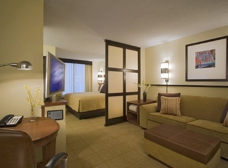 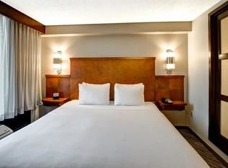 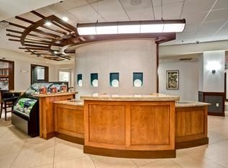 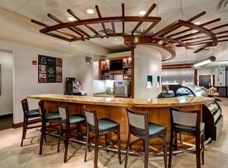 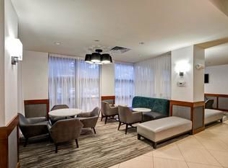 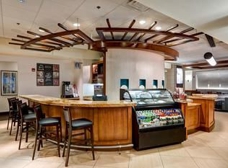 I wish I could give this hotel a negative rating. Its definitely not worth 160 a night! Don't go by the pics on the site. The rooms are much smaller than they look! There isnt even a dresser. I'm sitting here watching TV on a laptop because the TV is broken. It took 45 minutes to find the hotel because there are no lit signs at the entrance, you can't see it from Cox or Broad. If you're crazy enough to stay here it's behind the Hilton Garden. I'll either be back at the Embassy tomorrow where they have room service and a real made to order breakfast with a real suite or next door at the Hilton.

We stayed there Memorial Weekend. The staff was fantastic! They were very accommodating, took great care of us. We catered in dinner and they let us use there breakfast area and helped us out immensely. Extra kudos to David as we catered dinner in two nights on his shift.

The accommodations - not so much. The a/c was out in the hallways. The a/c in my room was next to the bed and whirled loudly all night - another guest referred to it as being next to a jet engine - now that might have been an over exaggeration but with lack of sleep anyone is bound to say anything. There was no temperature gauge on the a/c unit so when it got cold I turn it off, likewise, when it got warm, I turned it on as it was difficult to regulate it with the dial and who wants to listed to that loud humming all the time - it was louder than other hotels I have stayed in.

The food from their menu was good.

btw: I saw that rooms had microwaves - mine didn't.

I'll say it again, the staff their rocks!