WE PERFORM FACTORY RECOMMENDED MAINTENANCE AND REPAIR ON: 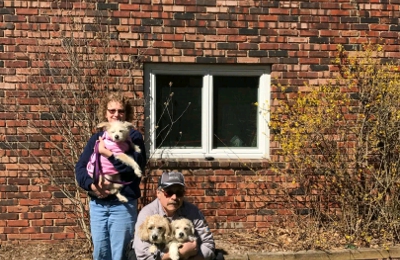 I live in NY and I went out to Basking Ridge to attempt to purchase a 2010 Ford Edge from, what seemed at the time to be a nice, lady. I was fed up with lying dealers and thought finally an original owner just looking to make a fair deal, at last. I made one trip, quickly looked it over and gave a deposit pending a mechanics review. I came back a few days later to complete the transaction and have it looked over by a pro. I google auto repairs in Basking Ridge (where the owner was) and Mark's Auto popped up. I called spoke to Jackie and explained my situation. She said they could accommodate me. I have had a number of cars in my 22 years of driving all of them I purchased used so I have been to my share of mechanics. Many dishonest and a few maybe not. I believe the mechanics name was Nick if I'm not mistaken, who looked at the car and in less than 30 seconds ask me the price and told me to walk away from the car as he could see thousands of dollars of damage at first glance and listen. He was actually trying to save me cost of the check up. Me, so in love with the car and blind to many of the problems insisted he do the inspection and maybe the owner and I could work out something like deducting the cost of a percentage of the work. Nick looked the car over thoroughly and was as honest as I ever saw. He advised me not to buy the car as it had leaks problems with the transmission and engine, just to name a few. He saved me thousands. How refreshing, an auto shop that is HONEST, professional and went above and beyond. I know this is a long story, but you have to hear this; it was my daughter's third birthday; the lady selling the car was going on vacation the next day; we had a rent a car as our vehicle was gone as of recently, so we were desperate to, I guess, to buy something. My daughter and son got sick right before we got to the shop, from the long drive. Jackie and her colleague gave us towels to clean our rent a car, Gave our two kids crayons coloring, books and toys to play with. Entertained them while we were waiting like veteran kindergarten teachers. Made a really bad experience awesome for my 3 and 1 year old. On top of that (now you ain't gonna believe this) they called me after I left and the deal was dead. Jackie said they felt bad about what had happened and that we all had such a bad experience on my daughters birthday. She said that I should come back and pick up my money, I paid for almost a hour of very professional labor, as they wanted me to have it back. Then she went even further and assisted me in looking through the right channels for a legit car. To Jackie and the gang at Marks Auto: Thank you for the professionalism and exceptional display of humanity. If you need a honest pro go to Mark's Auto, heck travel a few towns over if you need to get it done right and have piece of mind.