General Info
Pete and Mac's is a vacation lodging facility that provides day care services. The facility offers professional grooming sessions and conducts obedience training sessions. It is equipped with provides video surveillance monitors and security systems. Pete and Mac's socialization provides socialization opportunities. The facility offers a variety of grooming services that decrease odor and reduce shedding. It features private indoor suites that include foot ceilings with natural skylight illuminations. The facility has a retail area that features personalized bakery treats, leads, collars, ceramic food dishes and hand-crafted gift items. Pete and Mac's is a member of the Better Business Bureaus and the American Boarding Kennel association.
Email
Email Business
BBB Rating
A+
BBB Rating and Accreditation information may be delayed up to a week.
Extra Phones 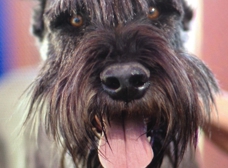 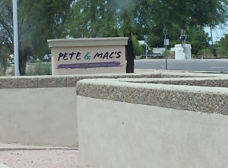 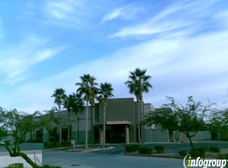 Only gave 1 star because giving 0 was not an option.

We had a family gathering recently and since our cat needed thyroid medicine administered twice daily, we decided to board her for the first time since we've lived in the Phoenix area. We elected to use Pete &amp; Mac’s in Avondale because they were a recommended provider through my husband's office.

Our experience with Pete &amp; Mac's has been an ongoing nightmare. I can truly say I've never dealt with a business so thoroughly and unapologetically incompetent as P&amp;M. It's so over the top that it would almost be like a bad restaurant or movie you love to hate - if it wasn't for the fact that my cat's health was at stake and, in this case, permanently damaged.

So where to start.

There are some more minor issues that bothered me, such as not being able to spell out names correctly after we filled out multiple forms or charging us for a photo disc but then not providing one because they didn't have enough material to make one during nine days of boarding. That was strange to us, and after several phone calls and several weeks, that money was finally refunded.

However, the biggest issue was that when we returned from our trip, our cat was permanently blind.

We had called numerous times while away and were assured that the cat was doing fine. It was obvious from her behavior upon pick-up and her abnormally large pupils that something was amiss. Her behavior was distraught and she didn't seem to recognize us. We rushed her to the vet to find that she had retinal detachment and would never see again. Had we heard about this at the time it occurred, some form of medical intervention might have been possible. We'll never know.

We immediately sought the records but they gave many reasons to not turn them over including claiming that our cat had never been there and they had no record of her or of us - despite the receipts, account numbers and charges that all left a paper trail My vet called and couldn't obtain records either. Two weeks later, we finally received records with minimal information.

The resistance to communicating with us leads us to wonder if they have something to hide; at first our suspicion was that a tranquilizer had been administered without permission, but when the stupor never wore off, that seemed less likely. In retrospect, incompetence in care and inattention to the cat’s well-being most likely were all that transpired. Still, a nagging thought lingers that, as the vet suggested, retinal blindness often results from facial injuries (being struck, falling, etc.).

The worst part about all of this is that we will never know what happened or what could have been done - again, because of the horrible communication during and after the whole experience.

We're still stunned that they wouldn't notice such a big change physical and behavioral in an animal in their care - and that they wouldn't act to care for her or even inform us of what was happening. How little attention could they have been paying to not at least notice she was distressed?

Our previously spunky, independent cat is now hesitant, needy and trying to learn her way around the apartment by sound and scent. At times she is inconsolable.

We just wanted to share the word about our experience and I would ask anyone who cares about their pet to think very, very seriously before bringing their animal anywhere near this place for the sake of their pets and for the mental and emotional health of the owners.

My name is Amanda G. and I live in the Dallas area. I received a business card from a friend of mine about training for my mastiff puppy. I was told that the trainer there, by the name of Jack, was wonderful with larger breed dogs. I was really impressed with my neighbors description of Jack that I decided to see if there were any other reviews on him. I searched his name on the Internet and came across his arrest record for domestic violence and a drug charge. I was so shocked that an establishment with such a reputation would hire a person such as this. I for one would never allow this person to train a family member of my home and have informed my neighbor of this persons record and he has no intentions of ever allowing him to train his pet either. I am very disappointed in this company and am going to make it a point to let everyone that I know who brings their animal to their business that they are trusting a facility that hires convicts and drug addicts.