Sunny Dental has not yet specified accepted insurance plans.

Sunny Dental has not yet specified any specialties.

General Info
At Sunny dental Center, our priority is to deliver quality care to inform patients and a comfortable and convenient setting. When you have dental problems you need to turn to a dentist who listens and response. Sunny dental center believes that informed patients are better prepared to make decisions regarding their health and well-being. We are currently excepting new patients. If you have an emergency, sunny dental center is here to help.
BBB Rating
A+
BBB Rating and Accreditation information may be delayed up to a week.
BBB Accredited businesses follow the BBB Code of Business Practices and pay a fee for accreditation review and monitoring. Accreditation is not a BBB endorsement or evaluation of the business’ product quality or competency in performing services. 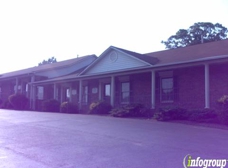 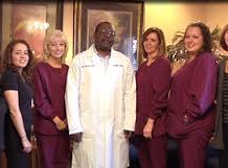 I had some feelings done back in Aug of 2016 I have had problems ever since. Then a week before Thanksgiving had a Wisdom tooth pulled because I thought it was causing my other teeth to hurt. I went back 3 or 4 days later told him the gum wasn't healing correctly Dr.Sunny said sure it is. Today Jan 6,2017 had an appointment at 8.am. told him he was not doing anymore work on my mouth until we figure out why the other dental work has not heeled. He said let me look, Dr. Sunny pushed down so hard were my wisdom tooth uses to be and broke the bone on the inside of my mouth where the wisdom tooth used to be.

Great staff, quick scheduling, but more interested in making money than helping people. After having one filling in 27 years his computer picked up 9 cavities (after only 8 months since my last dentist visit) that could only be spotted through computer software. From there I was told it was imperative to get four of them filled. I made a poor choice because of a dental examine deadline and did not get a second opinion until after getting the four fillings. Generally I would not even complain about that because it was my fault for allowing the procedure, but now that food is constantly stuck in between my newly filled teeth and my mouth continually hurts I think people should know. Get a second opinion if you start with his computer's opinion. Also, as I was leaving he thought it was good to mention that my insurance had enough to cover more of his work. Lastly, after seeing another dentist without showing my old records, I have been told that I have no cavities.

Nice office with very caring dentist. I was very impressed. I will enroll all my family members soon. Has all the latest dental equipment. Dr Sunny and all the staff were very wonderful and nice to me. Go check it out!!!

HI THERE,I WENT TO THE DENTIST WITH A TOOTHACHE.I HAD NO INSURANCE, BUT I DONE A CREDIT APP ON LINE WITH A FINANCE CO FOR THEM. IT WAS APPROVED. THE DOCTOR ASK ME HOW WILL I PAY AND I TOLD HIM ABOUT THE CREDIT. THAT WAS A MISTAKE WHEN HE HERAD THAT HE UPED MY BILL TO A WHOPPING $500.00 FOR A FILLING. ONE FILLING THAT IS.I SAID I AM NOT PAYING THAT HE SAID WELL I WILL GIVE YOU A DISCOUNT OF $50.00.I ASK THE LADY UP FRONT WHAT WAS A FEW OF THE CHARGES AND SHE COULD NOT TELL ME.I HAVE CALLED 5 OTHER DENTIST ASKING THERE PRICE ON A DEEP FILLING NOTHING OVER 175.00. BOY I RIPPED OFF GOOD. BUT IT WONT HAPPEN NO MORE......

The office looks great and clean. Dr Sunny is good natured and explained everything very well. He even played a video of what was wrong with my teeth. I liked the digital xray with less radiation, and the patient tvs. I was able to watch my own show while being treated. The discount coupon also helped. I love the staff. They were very friendly. Best place to go for your dental work. I was really impressed. Will recommend them again and again.

I am always scared about dentists, but Dr. Sunny made me feel at home. I didin't even know when he pulled my tooth. Virtually, no pain. He is real cool. All the staff are friendly and very helpful. I am definitely going back there for more treatment. CJ

Im not a big fan of the dentist because every time I go it's never any good news. However this was my first time going to Dr. Sunny, and they were great!! I had a tooth pulled and there was minimal pain and I was able to watch tv in my own room while waiting on the doctor. I will be going back for my six month cleaning.