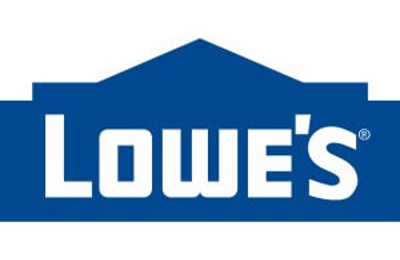 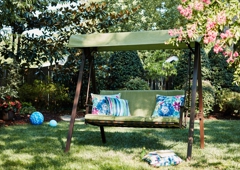 I was surprised to see the reviews for the Lowes Home Improvement in the Cleveland Shopping District on NC Hwy 42. However, my wife and I have been shopping there for over 10 years and have made substantial purchases including, using Lowe's credit card and delivery services. They have always done a very good job. Sure, not every experience will be perfect 100% of the time and not every employee or supervisor will be perfect 100% of the time. However, over-all and over an extended time period we have found this particular store, and other Lowe's stores, to be very good. Many of our neighbors say the same. To be honest, I would give them a four-star in all categories, but the two other ratings were so negative and did not provide enough information. Was this a one-time incident? It seems that way. Was a manager involved? What were the results?

Lowe's Home Improvement My wife and I purchased a $2100 washer/dryer that lasted 3 years. They didn't want to offer any kind of exchange, or remedy. The worst customer service, the worst company in the world. I will never shop at Lowe's Hardware again

Well, we prefer to shop at Lowe's at Cleveland Crossings. They are sometimes a 5 and sometimes a 0.....Depending on the department manager or worker on duty depends on the help you get. ALWAYS check around for the best price, because Lowe's is not the lowest, usually. We asked Lowe's to match a 2010 Samsung dryer price we found at Sears on HWY 70, Clayton, NC. He said that Lowe's would not match the price, even though it was the same model because Sear's couldn't deliver the next day. This is true, Sears usually has next day delivery on most items. But this time, Sears had the dryer ready to go. We said this to Rob/Ron, the man on duty in Appliances Dept. at Lowe's and he thought we were not being truthful and said so. He said he needed to see it on the internet to justify the match. He never looked. He just said that Sear's doesn't beat Lowe's at that much of a discount. To save ourselves the headache, we left without an argument. We drove back to Sear's and took home the dryer within 30 minutes and saved ourselves $156. We were able to finance it for 12 months same as cash just like we would have been able to if we bought it at Lowe's. We prefer Lowe's because of their free delivery; however, in this case we were able to load the dryer ourselves and hook it up at the house. Let me be completely honest here and say this: When we started looking at dryers we were given the most information and help that was meaningful from Sears. Lowe's ""help"" could not give consumer insights and company performance records......Sears will get our business again because of this experience.