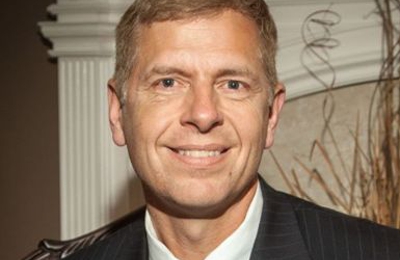 I took my 4yr old in to get stitches on her lip. The staff and doctor were so good with her. i was very pleased with my visit.

I've had two separate procedures done by Dr. Anderson. 3 teeth pulled and 4 wisdom teeth removed. His bedside manner isn't the best and they always seem some what rushed, not just him but ALL of the staff, but they are quick and efficient. They made sure I was comfortable during both procedures, including giving me a blanket because of how cold I was. They explained everything for the recovery to not only me, but to my mom (she was there for the first procedure) and my boyfriend (he was there for the second procedure.) They always listen to my concerns or problems when I go in for checkups. The procedures themselves were done quickly and I have had very few problems. With my wisdom teeth I have had some lingering pain and an infection which is fairly common when having all 4 removed at once. I highly recommend Dr. Anderson and his staff. They're all very nice and professional and know what they're doing.

I was not at all impressed with the service we recieved at Dr. Anderson's Garland office.

My daughter had two wisdom teeth removed. The staff seemed to be in a hurry, We were scheduled to have it done at 3;30. They had us in the room by about 4:00 I was with her as we discussed the things to expect afterwards and stuff. The doctor inserted an IV, had a hard time finding a vein and prodded for some time creating a lot of bruising but that didn't bother me near as much as the fact that they had me leave as they put her to sleep and I was in the waiting room for no more than 10 minutes when they said they were done and she was waking up, she had a dificult time waking and she started vomiting right after waking up. The doctor came and and said to the nurse that they might want to move her to another room for a minute to see if they could help her feel better before sending her home and the nurse said no she would feel much better in her own home and so she put her in a wheel chair and wheeled her out to my car. The lights were already out in the building, everyone was leaving or had left and it was about 4:45pm.

I thought my daughter's wisdom teeth should have been an easy extraction but her jaw has been so traumatized that she hasn't been able to open her mouth more than 1/2 inch for the last four days. she has had a lot of swelling on both sides and today she has been oozing puss out of her cheek into her mouth. In my opinion, they were in too much of a hurry, because she was asleep while they did the procedure I feel that they were too agressive and not as careful as they should have been so that she could have the best recovery possible.

Dr. Anderson was out of town today so I called another Orthopedic surgeon today and found out that the pain she is in is actually more normal than I originally thought but I think Dr. Anderson should have prepared me more for this, he didnt' discuss with me that because her wisdom teeth were so small and coming in sideways they actually had to dig into the bone for them and it would cause great pain for a long time. She now has some infection and we are starting her on an antibiotic. I wish I would have been more informed and that they would have been more patient and not rushed us so much.