General Info
* Competitive Prices * Bonded & Insured * Hardrock Drilling * Drilling Since 1971 * Municipal, Ag & Domestic Wells
BBB Rating
A+
BBB Rating and Accreditation information may be delayed up to a week.
BBB Accredited businesses follow the BBB Code of Business Practices and pay a fee for accreditation review and monitoring. Accreditation is not a BBB endorsement or evaluation of the business’ product quality or competency in performing services. 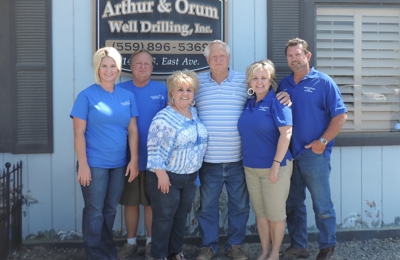 We have been long time customers of this company . With the drought I was concerned that they would have forgotten about our loyalty. They were very honest they put us on a list . It did take longer to get to us then they had said but worth the wait. I will wait for honesty and a job well done anyday. too many fly by nights out there

needed a deep well 2000' checked this company out with the better business bureau and talked with surrounding farmers. Would and am using them again. fair and honest

Have had work done by this company for many years very knowledgeable and professional in the way they do business. In my opinion this is the only reputable drilling company in the valley they really seem to care and keep their word.

I called to have a well drilled mostly because the neighbor used them some years back. I was told it would be two weeks. The next week I called to be sure I was on the list to get a well drilled and was told it would be a month. A month later I personally went in to find out where I was on the list and was told ""we may not be able to get to you."" So after wasting a prime month waiting in July, there can be no fall crop and I have to get on someone elses waiting list. You best be careful. Go with someone who can give you a pretty firm drill date and is likely to follow through. Otherwise, either you will plant no crop, or if you have something growing, it will die.

Very professional and easy to work with