General Info
Thank you for considering us here at AeGis Roofing. We are a licensed and insured Class A Builder.  Providing reliable service backed with professional workmanship make us the right choice for all your home improvement projects. Knowing your home is your largest investment and we ensure that your experience is a pleasant one. Take a look at our web site for more about us and how roofing works in the roofing 101 section. Thanks again, for taking time and consideration in choosing us here at Aegis Roofing. Todd Strickland, Owner Why Choose AeGis Roofing? Free Estimates Prompt and Professional Service - On time appointments and installations, open communication, zero pressure sales Residential & Commercial - New construction, Replacement, Inspections, Maintenance and Repair Roofing Types - Standing Seam Metal, Flat/Rubber, Cedar Shake, Slate and Shingle Services - Not only providing great roofing systems, we also provide flawless wood and vinyl siding installation. Our seamless gutters and downspouts water flow control systems work and look outstanding. Clean Up & Safety - Our goal is to keep your property as clean if not cleaner than we found it. We thoroughly sweep the grounds with magnets to ensure that all your loved one's feet or tires do not get harmed. Workmanship Warranty - We offer outstanding warranties, Up to 15 years!
Hours
Regular Hours
Services/Products
At Aegis Roofing we go above and beyond whether its customer service or manufacturer's requirements. We install our shingles with six nails to give it an exceptional wind resistance and our metal roofs with 24 gauge pans to help prevent oil panning. We provide our estimates in a timely fashion and our appointment are kept on time. Below is a list of services we will be happy to provide for you: Roof Repair & Replacement: * Standing Seam Metal Roofs * Rubber Roofing * Slate Roofs * Cedar Shakes * Asphalt Shingles Roof Ventilation: * Inspection * Installation * Ridge Vent Repair and Replacement Skylights & Sun Tubes: * New Installation * Repairs * Replacements Gutters: * 5 and 6 inch * Cleaning * Gutter Guard Installation * Repair * Replacement Siding Repair & Replacement: * Aluminum * Vinyl * Wood Decks & Trim Work: * Additions * Damaged Wood Replacement * New Installation * PVC or Vinyl Wrapping * Replacements
Brands
CertainTeed, Englert, Firestone, GAF
Payment method
check, all major credit cards, cash
Location
Serving Fredericksburg, Stafford, King George with Roofing, Siding and Gutters.
Accreditation 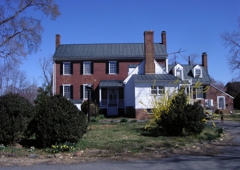 What a great company! We called Aegis needing an almost immediate inspection on our roof. Not only was Donald able to come out quickly, he got the report we needed to us within hours! He was honest and helpful. I would recommend this company very highly to anyone who wants to deal with people with integrity.

Aegis roofing did a great job on my roof repair, they gave me a great price, and I'm very happy with the job done

Found a leak in my roof. First guy that came out couldn't do slate roofing. Called AeGis and they responded in a couple of days. Crew Chief brought his guys in on a weekend, patched the roof quickly and gave me a great price. Chief said he'd be in touch on Monday (the day it was scheduled to rain) and check in on the repair, saying that if the leak was still going they'd be back to fix it at no charge. Just great service!

Aegis Roofing didn't try to sell me something I didn't need. They were VERY quick to not only offer a fair and professional opinion of what gutters and downspouts I should use, but showed up quickly to do the job. There were no last minute surprises, the bill was for exactly the amount of the quote, the crews cleaned up the mess from ripping down my old, worn gutters. I have had roofers and gutter guys who were the total opposite of Aegis. I trusted NONE of them. After they installed the new gutters, I realized that the other roofers I'd hired to put on a new roof after the hurricane in 2005 had done a lousy job of it. I called Mr. Strickland at Aegis again for help with this problem. Instead of telling me I need another whole roof, his men suggested a cheap and easy fix. Within two days, that problem was solved. Not caused by them at all. Just fixed by them. Great honesty. Great workmanship. Terrific company. Very fair prices.

The high winds rip some flashing off the front roof of my home. Aegis came out quickly and did a great job. I would definately use them again and recommend them as well.

As we all know this was a difficult winter for Virginia. My husband and I are homeowners as well as landlords. We had a common issue, due to all the ice, in the area and our gutters fell off of our rental property. I had contacted many companies in the area to no avail. They were all to busy or the job was too small. AeGis Roofing LLC ANSWERED the phone when I called, they were out the next day to provide an estimate, scheduled the repair in very reasonable time, and were in and out with no damage to the house or grounds. AeGis Roofing LLC even accommodated me with communication due to my hectic schedule via e-mails. I would highly recommend AeGis Roofing LLC to you and will use them again for my personal residence as well as rentals. Thanks!

My husband and I own a home in Virginia. Recently our homeowner's insurance was under review for whatever reason. They stated that our roof was buckling and that we needed to replace the roof. Well, the roof is only 3 yrs old so we began cold-calling contractors. The first one who gave an estimate, beat around the bush, and tried to have us buy services we didn't need....that's when we came across AeGis. Todd, from AeGis, went out to the house and did his estimate. We were ecstatic to learn that Todd was on the same page as we were! Our home DIDN'T need a new roof and Todd assured us that we have another 5 years before consideration for a new roof needed to start! Todd kept us updated with what needed to be done and even told us WHY it looked like the roof was buckling!! He was very thorough from day 1 and we would HIGHLY recommend him to anyone who has a job for a contractor! The price for the estimate was incredibly reasonable and we couldn't have found a better contractor!! Thanks AeGis!!!

AeGis Roofing was wonderful. They responded immediately to my request for an estimate and came out and even gave me a temporary fix to my leaks at the estimate without me having to ask and with no obligation from me. They made communication easy with being available via email. AeGis Roofing has done a terrific job on my roof and gutters. I would recommend them to anyone. They do quality work and know how to take care of a customer. I was really impressed with the level of service and care that they took with our home and with keeping in touch with us during the process. A+++ all the way.

Todd at Aegis did a great job of re-roofing our garage which sorely needed it. Todd was extremely punctual, honest, and his company performed the work as contracted, on time, and on budget. His crew was courteous and cleaned up after themselves. After working with several scum bag contractors over the years, Aegis stands out as a solid business. I recommend them highly.

Mr. Todd Strickland of Aegis Roofing was amazingly professional and did a fantastic job on my home. His prices were the best of 5 different contractors in my area. His crew kept my yard and driveway clean at all times and finished the job on day 1. He also ran into some unforseen issues with my sheathing on my roof and replaced them at no additional cost to me. He provided insurance documentation and a copy of his CLASS A BLD license without me asking for it just to ease my mind. I have had a lot of work done to my home since I bought it in 1999 and I will tell you first hand that Aegis Roofing is by far the best company I have contracted with. A+++++ to Aegis Roofing.