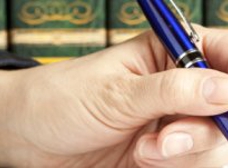 I had retained tom Allen for a family court case. I sent Mr.Allen the retainer fee, which I checked and he had cashed the day after he received it. Well,I called his office for over 2 months after this and he would not call me back! Mr. Allen did not even put in his appearance for months after accepting payment. I called, consistently, being charged for calls, and he still refused to call me back. I had to call his office, after hours from a private number for him to even get on the phone. Mr.Allen did nothing except make my situation worse, for me, in family court. I could go on about the complete heartache that Mr.Allen caused me and the money he took from me...biggest mistake hiring him.

Tom Allen,Worthless! First it takes him 2 weeks just to call you and tell you that he will be sending out paper work for you to sign. Says he'll have paper work to on a specific day. But it takes a week later to get it to you. Then names are spelled wrong. Its been going on four weeks since I saw him. Doesn't return calls well. When he does he uses the excuse he had a sick child for 5 days. He checks his messages. It's bull crap. He should have called. I would not recommend this attorney to represent my dog in a dog fight. And the person who recommended him will hear from me also. I will be contacting the A.B.A. Extremely unprofessional. You do not bring your personal life into your work life. Especially an attorney. He should know better. Did no work for me but, is keeping some of my retainer fee. We'll see about that !! Went from a court appointed attorney to being a I guess you would say a regular attorney. He needs to go back to being a court appointed attorney. NOT GOOD AT ALL !!