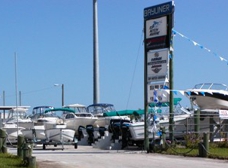 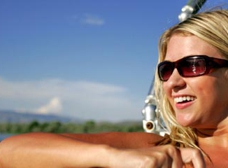 We are VERY DISSATISFIED customers. Worse customer service ever....
We ordered a new Starcraft SVX191 boat and had to wait 3 months to take delivery, due to the manufacture being closed due to Covid. That we understood and wasn't an issue. However the service or lack of I service I should say has been horrible. When we went to take delivery, they were very unorganized. We were given absolutely nothing on the new boat, motor or Hummingbird depth finder system. We used the boat one time and the depth finder didn't work. So a seven hour round trip back to Top Notch we were to the system was fried and a manufacture defect. So they said that a warranty claim would need to be submitted in order for them to send us a new depth finder. We agreed to install the new depth finder our self rather then take it back to have it installed. Then we would mail the damaged one back to Hummingbird. Now we have now been waiting more then a month. When we call Top Notch we get either no return phone call or poor service when we do speak to anyone. We have a new boat that now after 4 months, still unable to enjoy. The girl from Top Notch now calls us today after waiting a month for the new depth finder, to say that she needs us to give her information and serial number in order for her to file the claim with Hummingbird for the warranty replacement. So she is asking us to give them the information after they gave us nothing at the time of delivery. We still haven't received any paperwork and have no DMV paperwork or numbers for this brand new boat that is a lawn ornament in our yard. Once the sale was complete and they sold us a $38,000.00 it was as if they no longer care about customer service. This has been the very worse customer service I have ever dealt with in my life. I wouldn't recommend Top Notch Marine to anyone. We are VERY DISSATISFIED customers.

Been a long time customer... Jim and his team have always treated me fairly. Recently they helped me solve a problem I was having on a Saturday and I was able to take my family boating in an hour! Thanks Jim, Rich and Gregg!

Took my boat there several times, while under warranty, for service. However, there was never a warranty issue to their way of looking at things. Always seemed to be over charged to my way of looking at what they did. Had them install keel guard on my trailered boat, which came off after a use or two, but they said wan't their fault. Called the manufacturer and they said to never put it on a trailer boat. Put on new trailer lights, and did not work when I picked up the boat....so much for inspection of their work. Once off warranty, I went elsewhere. Will never darken their door again.

So far I have had nothing but great experiences with Top Notch.

This place is a complete joke. Worst buying experience ever. Bought a 15K boat and it was delivered to me after 2 weeks of purchasing the boat in an unacceptable manner. Bimini torn on delivery, missing bimini pins; Boat was delivered dirty, water in the wells, drain plugs not functioning, etc. Sales people are very sporadic and unknowledgable. Absolute worst!!

I made arrngmnts to drop off our new travel trailer for wrrnty. We rcvd a call on 4/3 that all repairs were done & we can still pick up on 4/12. When we arrived to pick up trailer, we were told everything was done except 1 thing due to a design flaw & if we wanted to take it up w/ Dutchmen ourselves, we were told to do so w/ their blessing of luck. We also noticed that the battery was compltly drained, & since the trailer came equipped w/ a power lift, we weren’t able to raise the front to hitch. They provided us a quick charge to raise the tongue.

We brought our trailer back to the campground for the weekend & found that nothing else was done, & I mean nothing.

On 4/16, I wrote an email to the Andy & Greg (who I believe is the owner). I received a reply right away from the Greg asking to give him a few days to investigate. I then received an email from the Andy the next morning (4/17) that started w/, “Lets address these issues 1 by 1, First of all, it is not the responsibility of Top Notch (TN)...”. Also in the email from the Andy when we questioned the dead battery, we were told that we needed to check our trucks harness “as it is apparent our charge line is inop”. On 5/7, we had our original equipment 7-pin harness on our ‘11 F150 inspected by a Ford Service Center & they found no defects. Since I took offense to this email, I emailed the Greg on 4/18 asking that the Andy no longer contact us & that we deal w/ the him only until this is resolved. On 4/19, he again responded w/ the same rspns asking to give him a few days to investigate. I waited exactly one week & emailed Greg on 4/26 & asked for an update as I hadn’t heard from him. I still haven’t received a reply from him.

On 5/7, I called Dutchmen to file a formal complaint. He wasn’t able to assist me bc TN hadn’t registered me as the owner of any unit.

On 6/5, I called Dutchmen again & provided the VIN & he found that the vehicle was still registered with TN. He called TN & spoke with Greg who advised him that Andy has been terminated & we are not the first customer to have been “burned” by Andy. Greg advised the Dutchmen Rep that I should contact him so that he can take care of the issue. Dutchmen provided me w/ the info & took the info to file the formal complaint.

On 6/6, I called TN & spoke w/ Greg. Greg told me that he was actually w/ another customer & told me to run my story by his new Service Manager Tommy & he would take care of me.

I told Tommy, “well apparently, if I mention the name Andy, you will understand” & his response was, “ah, I know where this is going”. He wasn’t able to locate my info in their system & asked to forward our inv, we never received an inv bc "there was any amt due, so no inv to give". I emailed him this info along w/ a list of items missed the last time, new items now needing to be taken care & a wish list in hopes that TN would make it up to us by taking care of 1 or 2.

I hadn’t heard anything from him, so on 6/19, I called and said, “just wondering if you received my email bc I have heard from you in nearly two weeks.” He said, “Uhm, yes. I did receive it & I am now waiting on parts that I have ordered, & I don’t think TN is willing to take on any part of the items you want added on.” I asked him to keep me updated.

On Monday 6/24, I called TN & asked to speak w/ Greg, he was w/ a customer & unable to come to the phone so I left a message asking him to contact me back. I never received that call back.

I was looking up new machanics for my motor, happen to see this company with its high rating and had to help someone not make mistake. I feel as though people wright reviews for their company or competition does. So I never take reviews that seriously. This is neither! I was a real customer. These fools screwed me over so bad. Water pump turned into a whole new lower unit after no/little lower unit oil was put in. I was blamed by the maintenance manager. It must of been my fault. My motor was babied and had 30 hours on it! Somehow for letting it sit in a garage for the winter I rotted the prop seal away. My next mechanic says there's no way I have no rust on anything internal and ran out the oil to cause my drive shaft to break and need the lower unit. If oil comes out water goes in so it gets rusted. Funny I suppose! My fault. I must say BUYING a new trailer from them was pleasant and easy until I wanted raised lights. The fool manager I seen working on the lights. Yea that Guy who blamed me was willing to fix my motor for half the cost because he knew I didn't rot a prop seal. Yea the chump who gave me the runaround for a month to tell me it wasn't covered by Honda and he would split it. When I set sail with my family on a remote lake with no one around for miles after getting my new trailer and water pump. My trolling motor got us to the dock after all this and my lights on my trailer didn't work! Hope you enjoyed.

Bought 3 boats there in the last 21 years... Jim, Stan and the crew have always been fair, accommodating and honest. I would definitely recommend them. Also, my neighbor bought a boat there last summer and loves Top Notch too. Good people to do business with.

I'm 67 years young and have bought many things in my life. Never has a company worked so well together so well to make my purchase a great one. I bought a new SeaFox 256 Center Console and love it. I never owned a boat before and Stan took us out for the day to learn how to boat. I have to admit I was nervous! Stan made me feel at home and soon I was handling my boat like an old salt. Everything ran perfectly and I am planning on buying a new RV from them next month. Great people and a great dealership that cares. I highly recommend them.

Stay AWAY from this boat dealeship, the technicians are very unexperienced, management couldn't be worst, won't do what they promissed, and after you buy the bote they just won't care about anything. I will not recommend Top Notch Marine just because they don't know the meaning of customer service and the poor knowledge of their mechanics. if you decide to buy a boat from them, please make sure you go for a sea trial before you take that boat home, they have issues rigging new boats and things won't work when you get home.

Since there is no name or specifics about the sale mentioned, I would invite this this person to contact me immediately so that we could rectify any issue that may making him / her uhappy with the boat they may have purchased from Top Notch Marine.

This listing has been claimed by a business representative.
Helpful(2)Flag
keylargobound

Had my boat repaired by Jay and his staff in Melbourne, We had family coming in 3 days and they fixed us in 2. Thanx again guys!