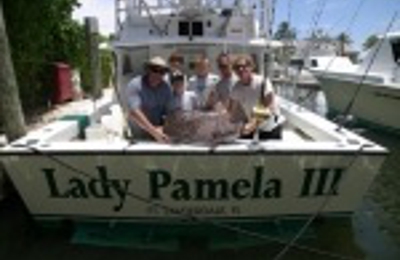 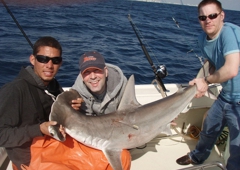 This was by far the worst fishing trip I've ever been on. I booked a 3 day trip to Bimini Islands, Bahamas. From the start communications were not that good. To set up this trip I talked to one captain a few times, months before, yet he was not the captain of this trip. We found this out the day before the trip. The captain that I set up the trip discussed price, how and what we would be fishing for. He also said that he would make the reservations for the hotel and marina. We were asked to be there at 6:30am but didn't leave till 8:00am. I was under the impression that we would be trolling to Bimini, and informed the captain that this was one thing I had discussed with the other captain. He only put one line out for the trip, and even though we ran through a weed line, he didn't even try to fish it. We got to Bimini about 1:00pm and stopped to check into our rooms and clear customs. The reservation was not made and we had to find another place to stay, which was about $70 more per room per night than the original hotel. By the time that we checked in to the new hotel and cleared customs it was about 3:00pm and the captain decided then we could start fishing. We got to fish until 4:45pm then he said it was time to go in. The next day we were told to be at the boat at 8:00am, but didn't head out until 8:30am trolling 6 baits on top of the water and hooked up on a 6 pound Mahi and a small Cuda within the first 15 minutes. After that we went 2 hours of not catching anything else and asked if we could change up things like run a couple of down riggers or different baits. The captain then decided to try bottom fishing and put us on a school of chubs (trash fish) and after a couple of hours finally move to another hole (didn't catch anything) until 4:45pm, then back to the hotel. The next day they pulled out an electric reel and we caught a dozen yellow-eyes, but how much fun is it to just push a button and call it fishing? At noon we started back home. When we got back to the marina they wanted us to pay for the gas that they used on the fishing trip. When I setup this trip there was no talk about having to pay for this and I have never had to pay for gas before on a fishing trip. Long story short, this trip was not what I expected. Whether we caught a game fish or not I just wanted the chance catch them, not just ride a yacht and fish for trash fish. I have chartered over 20 trips and this was the first time i felt that the captain could care less whether we were happy or not