Board Certified
Yes
Biography
Fernando Narvaez, MD, has been a family medicine physician with Broward Health Physician Group since 2005. Dr. Narvaez graduated from the University of Valle in Cali, Colombia, with a physician and su ... (See complete bio at Broward Health)
Gender
male
Language Spoken
Spanish 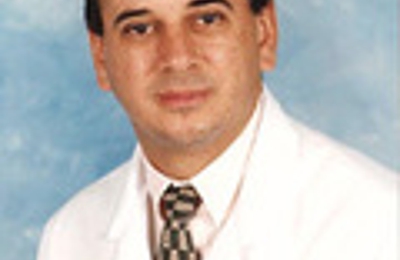 Failure to diagnose a disease after seeing him 5 years and over 20 blood works; a Dermatologist detected the disease with 1 bloodwork.

Good with giving lots of appointments to charge insurance provider but nothing ever new, never talks, not up to date with technology use at the office. Still writes non stop with messy handwriting to avoid talking and making eye contact. Does not answer questions. Sometimes gets his iphone to find the answer to your question or to show off his phone because he is from a third world country and a low class neighborhood where people purchase fake Degrees/Diplomas.

Arrogant, rude tone of voice, disrepectful responses and reactions. Excessive frowns. Turns around and leaves the room suddenly. Gives wrong medicines. Do not make suggestions because he will aggressively SHUT YOU UP CLARIFYING HE IS THE DOCTOR AND PATIENTS SHUT UP. Does not speak English well; lacks vocabulary.

If you speak Spanish DO NOT SPEAK TO HIM IN SPANISH BECAUSE HE WILL TREAT YOU LIKE GARBAGE.

PAYS ALL HIS BILLS WITH THE EXCESSIVE APPOINTMENTS BUT HE DOES NOT CARE ABOUT THE HEALTH OF THE PATIENT. IF YOU ARE A SENIOR: GO WITH A YOUNGER FAMILY MEMBER TO CHECK WHAT HE SAYS OR DOES. HE FOOLS SENIOR CITIZENS.

HIS STAFF IS VERY RUDE.

AND AGAIN... HE WILL GOOGLE EVERY QUESTION YOU ASK HIM!!!

OR MAKE UP A RESPONSE THAT MOST OF THE TIME IS A LIE.