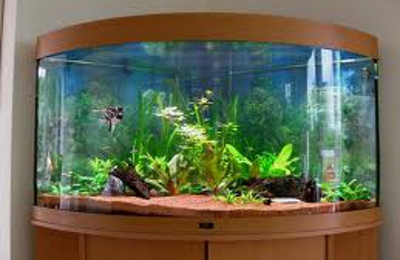 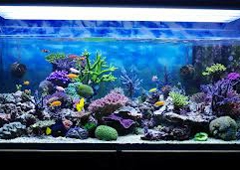 Forest Lake pets is the only place I go. Best fish selection and prices around. It to mention their staff are some of the best in the business.

Owner Rich knows more about aquariums, tank heater, filters, and what should go into your aquarium, reptiles tanks, or bird's cage. Also has a huge selection of toys and treat for your cat or dog. Check out there setup of Koi ponds and fish.

HUGE! This store is one of the biggest in the state people, has to be one of the top three in the state. I drove about an hour south to get fish from a reputable fish store, so that when i got home the fish i brought home or the fish i have had for a long time dont die within days of putting in the new one. Well it was valentines day and i wanted a female bolivian ram for my girlfriends tank. I was looking for one for over a month, i had shops saying they were going to have them in store in less than two weeks. I called and to no avail. So i started to look for random pet shops, and after two days of calling around i was about ready to give up when i tried forest lake pet store. (Why i have never heard of it is beyond me because its only a fifteen minute drive!) I asked if they had it and they took the time to tell if it was a female and answered about ten questions i had. Then they dropped the ball... 25 min to close and it was V-day my girlfriend got off work in an hour, all i was thinking was that i needed to hurry it was a holiday and no chance were these guys stayin'. So i took off up 35E and called them when i was about 5 minutes away but it was 3 minutes to close. Not only did they stay open but were very kind and thanked me for coming about ten times! One guy even fixed a ph problem in my tank that 3 other huge stores couldnt even guess at. In my opinion this is now my #1 stop for my fish supplies, i would pass by other shops (which i do) and drive from over an hour away just to shop here.

This store is REALLY BIG compared to any other fish shop they have tons of supplies for just about anything an aquarium needs, and its not overpriced its the same as anyother fish shop i checked. PLEASE DON'T go to major pet store chains for fish supplies or any fish, keep the small buisinesses going. Think about it, the last time you went to one of those chains how many floating belly up fish there were, how many people were actually doing something about it? Trust me i have been doing this hobby for years and these people know what they are doing.

I go here weekly, and always find what I need. Nice service, too!!

Forest Lake Pets is a small store, but offers a good selection of the basics including dog, cat, and bird stuff, and some specialty items. They also have quite a few tanks of fish --my kids love to watch them! However, many things we have to get at the bigger chain pet stores (specific food, supplements, etc.), but I do enjoy dropping in to see what's new once in a while.

The owner of Forest Lake Pets has an attitude problem. I have been a customer of that pet store for over 10 years. As long as I have been shopping there he has had an attitude with his customers in some way shape or form. Yes there is a large selection of fish there. But dont buy ones from the tanks that have blue water in them they are being treated for possible disease. They dont have much in the way of other pets like cats or dogs if any at all. I guess you have to catch them at the right time of the year. They have snakes and spiders and a couple of birds and thats it. I feel like thay have a high price tag on all their accessories and tanks. And incase your wondering why I still shop there. They are very knowledgeable about all their fish and have a large selection of them too and you can pick their brains about almost any question you have. I also dont like to buy fish from Wal Mart they generally dont do anything to take care of their fish at the store almost every time I go there the fish are practically all dead and floating around in the tank or partially eaten by the other fish. This is the only place in the area that I can get the accessories I need for my tank or fish. Otherwise I would have to travel a minimum of 30 miles to just buy some fish or acessories. Sometimes Wal Mart has good accessories. But for the most part what Wal Mart has for fish accessories is great if you have a gold fish aquarium. Hope this helps you!

Anyone looking for a petstore that has a nice selection of aquarium fish should check out Forest Lake Pets. A very nice room in the back with rows and lot's of tanks of different fishes. Freshwater mostly but there is still a very decent saltwater section. They also have a section of native fishes and even a goldfish section with very nice ones. Their betta area has pretty cool bettas too. What Forest Lake Pets has best are their selection of Cichlids. Lot's of Central/South American cichlids and a very large selection of African Cichlids too! They have 9 large 150 gallon tanks that are always full of huge fishes and rare large fishes like Stingrays etc. Always changing. Their staff is pretty friendly and knowledgeable too. Definitely worth the drive if you are a fish keeper! The best place so far for me!