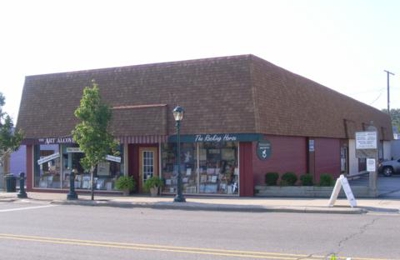 I've been shopping at Kitchen Creations for a long time. The thing I love about going there is that the staff actually know what they're talking about. Ever go to Best Buy and ask a question which workers should know immediately? The inevitable answer is always, ""Let me look on my computer."" The folks at Kitchen Creations always know what I need to get the results I want. That makes all the difference.

As for credit card slips, I've never noticed a problem. The machine they have is not a carbon copy machine like the other poster suggested. Perhaps the regular machine was down that day? At any rate, I've never had a problem and I recommend the store to all my friends that bake.

I have been shopping at KC for years--my mother used to take me there as a kid. I love the staff and have known the owner and her daughters most of my life. I've never experience the owner being rude or not appreciating her customers.

Also, a comment on the credit slips: I just shopped there last week (Googled KC so I could get the phone number, found this review), and I saw no credit slips. She has the standard machine found in most stores--slide the card, the machine prints a receipt.

I hope no one takes the above review seriously. Maybe the customer who wrote it was rude, or maybe the slips were out because (as the reviewer said) the owner was getting a new machine the next day. Maybe the owner was having a bad day--I don't know. But I've been to Heinrich's (emergency Monday visit!), and it's not nearly as nice as KC. Not cutting them down or anything, but KC is close to where I live, and the people there are great, plus they have a huge selection. I wouldn't worry about my credit info any more there than I would anywhere else.

Everything you can emagine for your baking needs. truly awesome

I'm outraged at this store owner's non-chalant bad business practice of displaying customer credit card information. I expressed my concern about this to the owner. To my surprise, she was rude and unconcerned about it. She did not value me or any customers. She stated that she's been there for 20 years and hasn't had a problem yet. (When identity theft occcurs, people rarely know where to trace the problem to. SHE hasn't had a problem, but have any of her customers? Secondly, why not be proactive and prevent someone's credit information from being stolen. I'm sure she wouldn't plaster her credit card up for public viewing.) She also stated that it's just easier on them and that the new system will be in place the next day. She said, ""I think it's ridiculous that you come in here and think you're going to tell me how to run my business."" I'd rather drive 30 miles to Heinrich's in Centerline than 6 miles to this store. Heinrich's has a much larger selection and better hours...even open on Mon. If you need a closer store, Hollie's Sweets and Treats is in Redford, open til 7pm. She also said that you wouldn't be able to use the information because you would have to have their signature. Obviously she's still stuck in the 80s where these things weren't possible. Maybe she needs to be a victim before it becomes real to her. I told her that I realize the machine is old and that's the way they have to do things. However, their old machine is no excuse for stacking all the credit card receipts on the counter in plain view. They use carbon copy receipts where you imprint the card). All I asked is that she simply turn the box around. This was a small box, not something she was physically unable to move. The best she offered was to hide mine from plain view. But what about the other customers? Then she tells me it's behind the counter so people can't see it anyway. So I read the card number and the person's name off to her. She still did nothing.