General Info
Visit your local Post Office at 700 Wessel Dr! The Postal Service mission is to provide a reliable, efficient, trusted and affordable universal delivery service that connects people and helps businesses grow. The U.S. Postal Service is the only delivery service that reaches every address in the nation: 155 million residences, businesses and Post Office Boxes. With more than 31,600 retail locations and the most frequently visited website in the federal government, the Postal Service delivers 47 percent of the world’s mail.
Hours
Regular Hours
Extra Phones 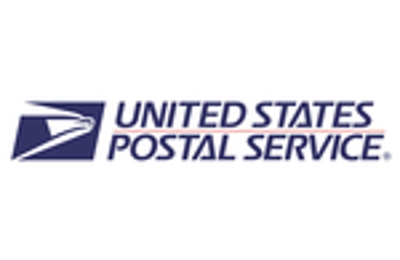 I would give a zero rating if possible. This is the worse P.O. I have ever used and it gets worse with every year that goes by. They have lost several packages of things I have ordered. They just have no excuse of where the packages are, after waiting in line for half of my lunch hour, the clerk disappeared into the back for 10 minutes with my tracking #, says she cannot find it, and that she will have to go "look for a supervisor". So I spent 25 minutes in line, then another 10 while she was in the back the first time, then ANOTHER ten when she came back and said, "there are no supervisors here right now". She wrote down my tracking numbers and phone # and said she would have a supervisor call. So after 45 minutes I still do not have my packages which were, according to the sending vendor, delivered to that post office 10 days ago. yet I have never received any notice in my p.o. box. ANd here I am 2 days later - and do you think a supervisor has ever called me as promised? Nope. I have tried calling and calling and nobody will ever answer the phone there. They do not even have an answering machine. After it rings about 25 times, it just hangs up on you. I am out over $100 worth of merchandise, because the Fairfield post office probably put it in someone else's mailbox. The girl who tried to help me the other day even said that is probably what happened. I don't know if the people who work there are illiterate or what - but at least 2-3 times a week when I check my p.o. box, someone else's mail is in my box! Lucky for them I am honest. I do not take the mail - even though sometimes they have been letters to other folks from the social secuirty administration, bank statements, etc. I just push the mail back through so it HOPEFULLY will get re-sorted into the correct P.O. box. But it makes me wonder how many other pieces of mail I am missing?! And I have complained to the 1-800 USPS number and complained personally to the manager there- yet things only get worse.

I missed a package and the package was returned to the po. I called to reschedule delivery and was hung up on by a rude po employee. Would not recommend the Fairfield PO. Not the first time to have this kind of rudness from Fairfield PO

Absolutely awful service. Keep losing packages. Not just once but several times. UPS and FedEX have no problems. Fairfield Office

My mail keeps getting delivered to my neighbors house. Even though my house number is clearly marked in 3 spots and on mail box and I get my other neighbors mail. What is the problem?

A very special appreciation to GILL at the Fairfield Post Office in Ohio. He helped me over the phone and looked for a lost envelope that I mailed three weeks ago in the mail slot on the wall. Although he put all his muscle into trying to find it, it was still missing. He suggested something I didn't know and that was to come into the post office and do an investigation on the money order that was in the lost envelope, and if it turned out that nobody cashed it in the United States, then I could get a refund. Woohoo! Thank you Gill. Promote Gill right now!!!!!!