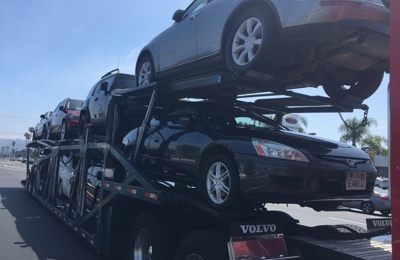 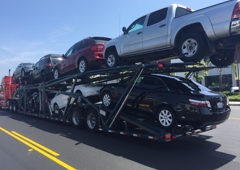 Totally impressed with another car delivery by Eugene Car Transport. I purchased a MazdaM3 and the car was located just outside of Charlotte so I wanted it to be shipped in an enclosed trailer to NY. It was picked up and delivered on time. The cost was absolutely reasonable and I would happily use them again.

They had some issues with the truck so pickup had to be scheduled with another carrier next day which was nice.The final,the second carrier did a great job of taking the car to Eugene.My car didn't start at all so I was not sure they would be ab;e to load it on their truck but Scott said they could.The driver showed up when he said he would and arrived when he said he would.They used special tools for loading and everything went absolutely perfect.I would describe my experience as ok especially if that was my first time using auto transport company.Sale rep was super, they some material for starters,I watched the videos on Youtube and contest on their website.That goes a long way to make an informed decision.One thing though car was completely dirty which was probably ok using open trailer.

Quick pickup and fast delivery. The car showed up fine and the guy was awesome. It's about as good as it gets.