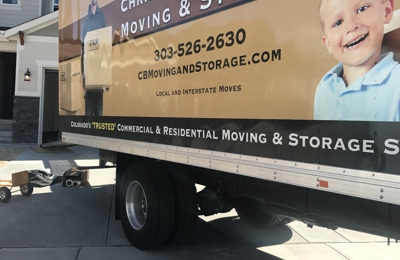 Joseph and his crew were exceptional. They were professional, fast and very diligent with our pack out! Devon, Louise, Max, Charles and Jared were on the crew and really did a great job!

Joseph, Charles, Ben and Curtis
This was such a great move! We must have won the lottery with these four men! We are so grateful for their help and sweet attitudes.

Joseph, Charles, Jared did an amazing job. They were very careful and professional! Would definitely recommend!

Joseph, Charles, Ben, Charles, Quincy were great and did a spectacular job completing our two destination move. They went out of their way to make sure our items were packed right. Thanks guys!!

Joseph, Charles, Ben did a very professional job. They were quick and took care of all of our stuff to the highest of standards.

Joseph, Charles, and Ernest were outstanding! I could tell Joseph had an extensive background an new were to cut and to add! Charles excellent employee on top of his game! Great customer service skills also! Great crew very customer oriented.

Joseph, Charles, Ben, and Earnest did a great job with moving us to our new home. They were timely, clean and efficient. I had ALOT of fragile items that they carefully wrapped and transported with no damage. I’m very pleased when this moving company and will be recommending them to family and friendship.

Joseph, Charles, Ben, and Aj great job, thanks a ton! Did a fast and efficient job. I woyld definitely recommend these guys any day

Jose, Jesus, and Abe were awesome! They were friendly, quick and efficient. I would highly recommend Christian Bros.

We had a great experience with our movers from Christian Brothers Moving! Everyone was friendly and had a great attitude! They worked hard all day and made sure we were happy and had everything where we wanted it! Very happy with everyone on the move including the drivers Leighton & Dimitry and movers Lawrence &

Thank you for this feedback. We are happy to hear you had a great experience and we wish you the best of luck in your new home!!

This listing has been claimed by a business representative.
Helpful(0)ShareFlag
Andrea Y.

We had an amazing experience with a Christian Brothers. I would not hire anyone else for future moves. They were extremely professional and quick. They took amazing care of our stuff. Highly, highly recommend!

We are glad to hear you had a great experience and best wishes in your new home!!

This listing has been claimed by a business representative.
Helpful(0)ShareFlag
Marie S.

Joseph, Devin, Charles came and pad wrapped and loaded our things in a very fast and careful way! Highly recommend!!

Thank you and blessings in your new home.

This listing has been claimed by a business representative.
Helpful(0)ShareFlag
T S.

Based on Christian Brothers Moving and Storage overall reviews and the great estimated price I received, I chose them for our very large move this month (September 2018). I confirmed in an email to them that we were booking them for 3 days (1 day packing & 2 days moving) and received a confirmation email back regarding the price and the scheduled timeline. One week before, I called to confirm everything and was told that our name had been scratched off of the schedule for day 1 and only showed 2 days total. I spoke to the staff and to the manager and was told someone else had already booked the 3rd day and that there was nothing more they could do. I asked why no one called me and told them I had tight timelines and had already scheduled a cleaning crew on that day. They said they had no additional resources to support my 3rd day but would make sure it was completed in one day (instead of two). During the packing day, I noted a family antique with very expensive curved glass that needed extra TLC. I mentioned that it had been crated in the past and was told they would take extra care. While the workers worked very hard to ensure what was scheduled for two days was done in one long day, the move resulted in costs that exceeded the estimate by $800 and two expensive curved glass pieces to the family antique were broken - by the way they don't cover glass. I will not recommend or use this company in the future.

Lawrence, Steve, and Curtis provided excellent service. They were prompt, hard-working, careful, and professional. I would highly recommend them to friends and family.

Lawrence, Scott & John packed our house today and did a great job. They were professional, fast, and really respectful. Would recommend this company for any move.

Ricky, Jose, Jesus, did a freaking amazing job. They were polite, respectful, efficient, and worked really hard for us. We would recommend this company and these gentlemen for anyone's move.