Call or fill out this form to contact us: 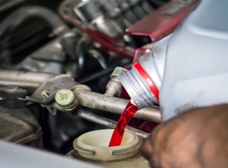 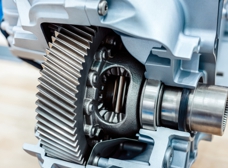 I brought my car in for them to rebuild my transmission. It took longer than told and had nothing but problems soon after!

It took longer than time promised and had to borrow a car from a friend. Soon after getting it had the whole car shaking like crazy!

Took it in thinking they didn't re-hook up a vacuum hose or something and they shook their heads and said oh well....took it to a mechanic and found they tore my upper motor mount when working on the trans.

A few years later and my trans is back to jumping in reverse!

Please take heed! Over priced...over the time told and possible damage to motor mounts! Not to mention.....trans problem soon down the road!....total rip-off!

Our company has taken many trannies to these guys and they are always quick and priced right. We have never had one go back but if we did it is great to know they will stand behind their work.

Wow! I am impressed...Great service with a smile. As an ""unacknowledged female"" when it comes to cars , I'm very happy to find a shop I can trust. I guess that's why they have been around for 50+ years!

I was promised my car would be done in 3 days, and it was completed in 2 days. I was also given a free loaner car to use so I could get to work. I was refered to King Transmission by my regular mechanic and they treated me like a long time customer.
Very happy would highly recomend to everyone.

Price was good for a rebuilt for my model,however,the trans shifted hard into 2nd gear,trans fluid is leaking,and does not go into selected gear the first time.
I will be bringing back for adjustments,I'll post on their service.

The service on the car seemed okay on the day of pick-up. However, it cost more than the original estimate I was quoted (by $100.00), and took a day longer than promised. Also, I had asked them to save the parts that were replaced for my inspection. When I picked the car up and asked to see the parts, it was obvious that they had simply thrown some alternate parts in a box and B-S'd their way through what was wrong. They had told me that second gear in my automatic transmission was bad, and there was no worn out gear in the box of parts they showed me. They told me that the transmission pump was bad, and there was no worn pump among the parts they showed me.