Proudly Paving The Way Since 1957.

General Info
Carl Rose & Sons, Inc. has been paving the way since 1957. Serving Elkin, NC, and surrounding areas, we have a vast amount of experience and knowledge that you can trust. We lend our expertise to a number of different applications, including requests from residential, commercial and industrial clients. We specialize in these areas: Parking areas, Driveways, Streets and roads, Tennis courts Carl Rose & Sons, Inc. will be with you every step of the way, from planning and layout, to installation and maintenance. We are the last paving company you will ever have to hire. Your satisfaction is our number one priority. We are happy to accommodate any specific needs or requirements. Let us know how we can serve you. Call Carl Rose & Sons today for a free estimate!
Email
Email Business
BBB Rating
A+
BBB Rating and Accreditation information may be delayed up to a week.
BBB Accredited businesses follow the BBB Code of Business Practices and pay a fee for accreditation review and monitoring. Accreditation is not a BBB endorsement or evaluation of the business’ product quality or competency in performing services. 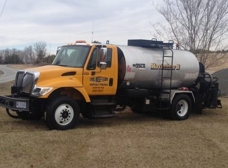 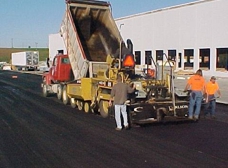 AWFUL COMPANY. This company repaved the roads leading to my house and it is a total nightmare. I came home one evening to find NO flag men and tar/asphalt being appiied. When i got home I had tar slung all over my NEW truck w/ metal showing. The next day I called the company to tell them and the FIRST response was they were not responible. I finally got one of their workers to come out and look at it and his first response was I know what (Dale Rose?) is going to say,"were not fixing that"! So I then ask where could I meet the owner and his reply was you dont want to do that(like he was scared of him and i should be also). I then told him I would do whatever to get my truck fixed(court). After weeks they finally called and said their insurance would take care of this. After talking to their insurance 50 times they said they weren't paying. So i continued w/ small claims many times ended up I lost and had to fix MY own NEW truck that Carl Rose had slung tar and gravel all over. I hope to get intouch w/ Ask Sam and the BBB soon. Hope everyone reads this before using these CROOKS!