Email
Email Business
BBB Rating
A+
BBB Rating and Accreditation information may be delayed up to a week.
Other Link 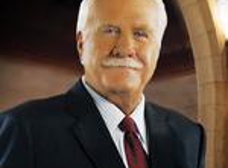 Wayne Wright did a dishonorable job when it came to my mother's social security claim. Their claim rate of 95% is a joke. Not only was my mother in the dark for the year and a half they 'investigated', they changed her case manager several times and mishandled several details of her case (even something as simple as her address!)

When the case went to the judge, my mother was told it would happen one way and it ended up another. After weeks of attempting to get in touch with her case manager to see the status of her case and if a decision was made, she was informed in a coolly dictated letter that she was denied and they would not have a part with her case anymore.

This was after several voicemails left by my mother that were never answered!

I am disappointed in how this was handled and saddened by my mother's troubles that this only adds to. Would be a 0-star review if available.