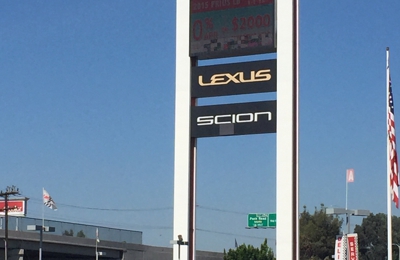 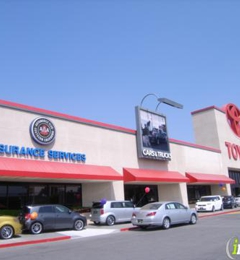 My husband and I have bought two cars from this dealership in the past three years, and we love it here. They give you great deals on the cars, we love the Toyota care, and the facility is very large. There is a small play area for children, while you wait to have your car serviced, there is a Starbucks, and a Subway.

On 02/13/2015 at approximately 14:00 PST, I contacted Longo Toyota and spoke to a sales representative by the name of Amanda Cadenas. I saw an advertisement on their website and advised them the particular stock number for the eligible advertised price. She confirmed that the vehicle was available and scheduled for my to come to the car dealer at 16:00 the same day. She said to fill out the credit financing online which I need under pretense that the car was available for lease. In addition, I told her I would only fill it out if the car was available and she placed me on hold and confirmed that it was. I went ahead and submitted the application and came down to the dealer. Once arrived, she was not available and the internet sales manager by the name of Walter Kostecki then assisted us. After 45 minutes, Mr. Kostecki finally explained that the car was never available as it was previously sold but the system was not flagged as sold. Mr. Kostecki then tried to sell us a more expensive vehicle which is a classic of bait and switch. I requested the dealer to remove the credit inquiry, which they pull through experian, as I only applied under the pretense that the vehicle was available when in fact it never was. Please remove the credit inquiry as this was a blatant lie and false advertisement.

i went today to longo toyota and they treat was so bad and racist they are not helping me at all!!!!
just keeping saying tell me honestly what you want!!
in bad way not even friendly...
bad experience there

I only wish I had called Longo first!! I wanted to purchase a new Prius. After getting the runaround from several dealerships, I called Longo and spoke to a sales associate named Henry Lawanson. Henry Lawanson is probably one of the best sales associates I have ever come in contact with. Henry's professionalism, knowledge and attention to detail are truly unmatched. Henry didn't resort to old school used car salesman sales tactics. In fact, from the moment I met Henry, he remained laser focused on my needs and making my Toyota experience a positive, memorable experience that would develop an ongoing relationship built on trust. As with all car purchases, after you tell the sales person you want the car in question, you head over to the Finance Manager to put together the delivery. I have purchased many cars for myself and others over the years. Sitting with the Finance Manager is often the part that gives car dealers a bad name, NOT WITH LONGO. Kevin Holley listened, made suggestions and completed the deal without giving me the runaround, bringing in the Sales Manager or any other theatrics. I drive from Los Angeles each time I need service, Service Associate Michelle Hernandez always makes sure I get in and out quickly I am always amazed how each employee bends over backwards to make sure I am 1000% satisfied. - THANK YOU!

Went in october to get my car fixed b/c of a hit/run:

1. Took a month to fix moderate damage, not because of the hours required to repair the car, but because of a lack of communication, lack of urgency, lack of organization, and lots of mistakes.

2. Person I dealt with, Mike Cabrera gave me a huge attitude and actually raised his voice at me when I asked him how much longer it will take to fix my car after I waited for 3 weeks.

3. Refused to update me on the status of my car repairs, had to repeatedly call the body shop in order to get a response back.

4. When I finally come to pick up the car, took another half an hour of standing around after finishing all the paperwork waiting to pay my bill because of yet another confusion with my file which appeared to be VERY disorganized, and I find out they didnt even bother to fix the window of the door that was slightly dislocated due to the force of the impact and thus continues to move after fully closed, and makes weird mechanical noises when rolling up. Had told them about this problem when I dropped off the car a month ago, even showed an employee and got confirmation that he understood. I ask about it repeatedly and they claim it had stopped moving and seems fine again, yet a month later I find out nothing has been fixed and they claim they don't hear anything. Said that if I wanted to come back they will try to ""diagnose it."" Already yet another major inconvenience in a chain of horrible customer service and timeliness, but I come back anyways on Tuesday only to find out the service manager I dealt with decides to take a sick day right before I come in and no one had scheduled my appointment to diagnose the car. They take it to the service dept. and without looking at the window for more than one minute they tell me they don't think anything is wrong with it and if I really want to diagnose it I will have to wait until a technician in the collision dept has time to look at it. Got fed up and left.

I recently purchased a 2008 Highlander from Longo Toyota. You can sense the difference Longo has from other dealerships the minute you walk into the main sales office. My sales rep was Brian Rooney and he was very friendly and helpful without trying to pressure me into making a purchase. The staff at Longo took care of all the paperwork for my credit union financing and my DMV registration. The only drawback I had was the long wait time in processing the car purchase. A nice perk they offer is a new car owner seminar where they offer a complimentary dinner and some valueable service coupons for your new car. I know the seminar is partly a big sales pitch for Longo parts and services but after seeing the level of class and professionalism at Longo, it's no wonder why so many people drive long distances to the El Monte dealership just for their car maintenance and service.

Four years ago I bought my car from Longo. I went looking at five other Toyota dealerships around L.A., and couldn't stand the high-pressure, icky sales tactics. Longo was zero-hassle: I came in with invoice price I wanted to pay, test drove the car, and walked out a couple of hours later. One month later, some fool ran a red light and smashed into me. After the insurance was settled, I went back and Longo sold me another car at below invoice - again, no hassle. If I buy Toyota again, I'm definitely coming back here.