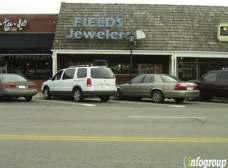 I took a ring in that had been my father's. He had recently passed away and I wanted to make the ring into a small dog tag that I could wear with his favorite scripture verse inscribed on it and a small onyx stone in the center. It was a simple job but I was told it would be at least 12 weeks before it was done. I thought that was a little long but said OK. I waited 12 weeks and called to check on the piece. They said it was not done and maybe they needed more gold for it. I told them just to make a small dog tag, there was plenty of gold for that. He said it would be done in the next couple of weeks. I again called to check on it. Still not done. More than SIX MONTHS after I took it to them I called them and told them I wanted it back now, no matter what. It was a very sentimental piece to me. I just needed it back and I was afraid they were not going to even let me have it back. I said if it was not complete by the end of the week I just wanted it back even in the original ring state so I could take it to someone else to have it done. They said it was taking so long because of the "Christmas rush". I brought the ring to them in JULY! Come on! My husband went in to get it back from them and they charged us $300.00 (I supplied all the gold and the stone) for extremely shoddy workmanship. Glue still all over it. Not even polished and I could see daylight between where the stone sits and the back of the dog tag. Even the inscription was askew. I just wanted it back at that point and did not want to give it back to them for another six months to fix the shoddy workmanship they had done. Please do not take anything of value to them! I am sad.

Have had several custom pieces made and all have turned out perfect. The owner "Robert" is great to work.