David G.This icon signifies the review was contributed by a participant in the YP for Schools program
"AJ Perri took over for Gilson. It was the best thing that ever happened as they have been the best HVAC company I've ever ..."morehad."less

General Info
For Heating and Cooling, A.J. Perri has over 40 years of experience and industry knowledge, ensuring your job is done right the first time, and we offer a 100% satisfaction guarantee. We can install and service any make or model. If you need to repair, maintain or improve your plumbing, you can rely on A.J. Perri. We provide fast, professional plumbing and emergency services to our New Jersey neighbors. You can expect our plumbers to be on-time and courteous and they will clean-up before they leave your home. Trained technicians work days, evenings and weekends for your convenience: * Carrier authorized dealer * Fully stocked service and maintenance vehicles * Service all makes & models * Serving most of our New Jersey neighbors, view service coverage area * Service available 24 hours a day, 365 days per year * Save 10% when you schedule a repair online * 40+ years of award winning service Install, replace, repair and service cooling systems * Install, replace, repair and service thermostats * Complete home zoning * Industry-leading guarantees & warranties * Maintenance agreements for your peace of mind. Ask us about our annual maintenance agreements that cover your plumbing, heating and cooling systems and save you money!
Business History
With 45+ years in the heating, air conditioning, air quality and plumbing industry, A.J. Perri has been dedicated to providing total home comfort and 100% customer satisfaction for New Jersey residents.
Hours
Regular Hours
Emergency Hours
Logo 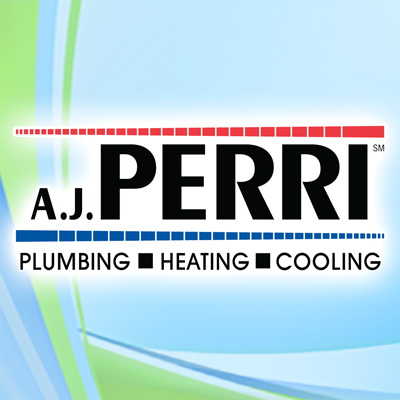 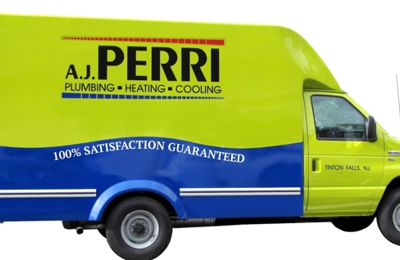 It’s important that I take this time to say what an excellent job AJ Perri did at my home. Not only were they knowledgeable, but very friendly and professional. Fantastic company hands down!

AJ Perri thoroughly impressed me with their promptness, politeness, and professionalism. From the lady that took my call , to the 2 men who came to my home, I was very pleased from beginning to end with the service and quality of people. Whatever they are doing to generate this kind of service from their people, they need to keep it up. For a service-oriented business, they are a 10. I happily recommend AJ perri to everyone.

I am very pleased! I switched to AJ Perri from another company and I have never looked back! I am happy to do business with them every time. If you’re thinking about switching to them I recommend you do it. You won’t be sorry!

I had a crew from AJ Perri out to my house to work on my sewer. They were super. The job took longer than expected, but it was because they stayed and made sure everything was cleaned up and put back together to my satisfaction. Boy did they do a great job, I am impressed and I’ll use them again.

AJ Perri just left our home and I could not go without posting how happy I am with their service. I really thought I was going to end up losing an entire day of work, but to my surprise, they were right on time! To top it off, the service person was very professional and polite. To me, that makes a company. I will definitely be calling AJ Perri again if I ever need to.

It was about 6PM in the evening when we called AJ Perri out to our house. One of their plumbers, Mike, found that our main sewer line was broken. He immediately contacted another plumber, Sal, who was on his way home from work that day. Sal showed up at our house by 7PM, confirmed the break and contacted his supervisor, Lou, and by 8PM gave us a bottom line price for the repair. After we gave Sal the go ahead, he, Mike and Lou planned on how they could get our line fixed the next day.

Sal and his crew were here early on Friday morning and after an amazing team effort had us functioning with our new sewer line by 6PM. The final details (e.g. landscaping) are being completed as we write this.

In our almost 41 years of living in this house we have never had such a competent group of workers perform an emergency major repair. Every person at AJ Perri was professional and courteous. We are thankful that they were there when we needed a company we could trust.

Thrilled with the service.

Everyone we dealt with was a real pleasure, from those answering the phone to the gentleman who came out to the house.

We were treated very well by everyone.

I had trouble with my AC and call AJ Perri.

They came out and told me that its a component, in the furnace, that he does not have.

Then told me that he'll have to order it and it'll take 3-5 Business days to receive it.

He also suggest the I get an estimate for a new unit and that a sales man will call for an appointment.

I regret that I agree.

I told him I'll think about it. Who the hell has this type of money?

I call the local plumming store the next day and was told that the parts are availiable and can be pick up anytime!!

he also told me that its easy to install if you have done any electrical working knowledge. The part cost a total of $250.00!!

I then call another pluming supply house and purchased an furnace for $400.00 and got my buddy to help me with the installation. The total cost for a total to me is $470.00 (include all parts) plus a case of beer for my buddy. +170.00 for AJ Perri.

I DO NOT RECOMMED THEM

USE THEM AT YOUR OWN RISK!!