Cleanest Plumbers In Town - Since 1954 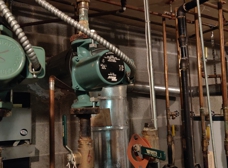 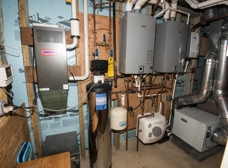 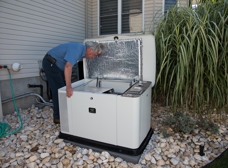 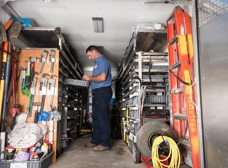 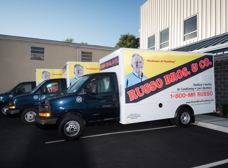 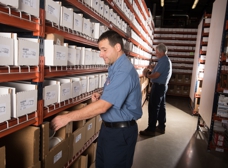 I needed to replace my kitchen faucet. Glenn researched a new one and had the office order it. He also recommended a granite company to drill the additional holes that I would need. Within a week Brian delivered the new faucet and removed the old one. The next day the granite company completed their work and within the hour Raul installed the new one. He also had to correct a problem caused by another contractor. All three associates were excellent technicians. They were professional, knowledgeable and polite. They cleaned up when they completed their work. With the awesome coordination of the office staff and the technicians, I was without a faucet for only 24 hours. I have been using Russo Bros services for several years. They respond quickly to emergencies. Russo Bros.are the best!

Shortest version, it was a warm month and it is a area of the house not used every day, about a month later we turned on the heat and it didn’t work so I called Russo Bros. & Co.. They were not very pleasant about informing me I’d need to pay another diagnostic fee, even though I agreed if I didn’t have them do any work I’d pay it. Even though they answer the phone “it’s a great day at Russo Brothers”, they were mean-spirited and argumentative about collecting their fee.

Russo Bros. & Co. sent a Service Manager who apologized and said they would waive the diagnostic fee, it was a misunderstanding and requested I take down a yelp review. They replaced a circulator pump.

What prompted the re-review for prospective customers is that they charged me $956 for the circulator. The circulator pump has a list price of $157 and sells on amazon for $88. My system has individual shut-offs for each pump, plenty of space to work and the Service Manager was in my basement less than an hour.

So, Russo Bros. & Co did not rectify the situation to my satisfaction. For those interested, a search for “cost to replace circulator pump on boiler” on Angie’s list a full repair including labor ranges between $200 and $550, this was the highest range I could find, and their assumptions even use same Taco-brand pump.

I understood I was paying a premium with Russo Bros. & Co, but as other reviews note I believe they gouged me on price, in my specific case and giving them the benefit of the doubt, they overcharged me more than 42%. And by the way, there was a Better Business Bureau complaint about their diagnostic fee.

I’ll never use them again.

Saved from the dog days of summer! What a professional and trustworthy company. Came in assessed the issue, did what was necessary and even cleaned up before they left. Would recommend them over and over. Thanks!

Based on the reviews below, we called Russo for a couple plumbing jobs as we get ready to list our house for sale. Matt was FANTASTIC! He identified the problems immediately, was courteous, professional and got the job done, all the same day. Highly recommend Russo Bros. and Matt especially!!

Very trustworthy company! I have used Russo's services several times (sometimes for extreme emergencies) and recommend them for any homeowner.

I woke up at 7am this morning to a very cold house with no heat. I called Ruuso and by 8am they were at my door. The plumber found the problem relatively quickly and had the parts on the truck. He got me up and running and did a great job! I would definitely recommend them for fast service and would not hesitate to use them again.

During Hurricane Irene my water heater was submerged so I called my regular plumber, he was overwhelmed with calls from family and friends and couldn't make it to my home. I called Russo the day after the storm and they arrived to my home before the afternoon. I was surprised when they told me they could actually make it to my house. They had a water heater on the truck, the techs worked diligently for several hours to get my new hot water heater installed and get me hot water again. I am extremely grateful to Russo Bros. for the efficiency and professionalism of their service.

I needed hot water - today! Called Russo and they sent Joe to my house in less that 2 hours . . . quick, clean AND reliable. They said they'd be here and they were right on time - very neat and clean. My technician &quot;Joe&quot; was thorough and answered all my questions! Within 30 minutes they found out the problem - chanced the sensor on my hot water heater - and . . . HOT WATER!!! Could not ask for better service!

My sump pump failed on Sunday. I called Russo and they came to my house within the hour and installed a new pump. They had everything on the truck and my pump has been working excellent ever since. They also suggested to reroute the exterior pipe to the back of my yard to keep the water away from my foundation. I am having them come back this week to do the work. I would highly recommend them as my former plumber never suggested to reroute the line which I think will solve lots of my problems. Very knowlegable plumber that impressed me.

Two technicians came out to fix a plumbing issue in my kitchen. They were outstanding! Not only did they take the time to explain the issues, solutions and pricing they also left my home in pristine condition – they wore booties and rolled out a protective cover for my carpet! I am very confident recommending their service. They were knowledgeable, top shelf professionals.

I live in Little Falls and during the heavy rains in March, my sump pump stopped working. I called Russo 6pm on Sunday evening expecting to my call to be put off until Monday but they came out that night!! They explained that I should have a battery back up installed in case of emergencies, like the one I was experiencing. The technician (Michael?) installed my new sump pump and battery back up sump pump Sunday night. Since it was a Sunday night call I was expecting them to upcharge me on the job and labor itself, but they only charged me slightly more for the site visit fee, which considering my emergency situation was very reasonable. I am so grateful family companies like Russo Brothers are still in business and appreciate their urgency to situations like mine.

I came home Friday evening after work to find my water heater leaking out of my basement closet into my finished basement. I called Russo and they sent a guy to my home in less than a hour. The technician explained to me that due to the age of my water heater unit it needed to be replaced. Luckily, he had one on his truck and replaced the water heater on the spot. I am extremely pleased to find that there are still family owned, customer friendly businesses out there who actually want to help people. The technician was at my home until 9pm and even cleaned up the water and gave me a number to call for the water on the carpet. Although I was charged an emergency service charge ($99) I felt this was well worth the few extra dollars to have hot water for my family over the weekend.

My kitchen sink was clogged. I called them today and they were able to provide me with same day serivce. The plumber arrived on time (actually they called me to let me know the plumber was being sent to my home). The plumber was very neat (he put shoe covers on and laid a mat on my kitchen floor) and was able to fix my problem within two hours. The bill came to $350 which I thought was very fair.

I used Russo Bros to install new bathroom sink & vanities. They ended up charging me more than the original estimate and did only an average job. They removed the tiles & moldings to install the sinks but left everything on the floor, and I spent another $250 to hire someone to refit the tiles and moldings. The sink and vanity were installed alright, and there customer response is decent as well.

I live in the Elizabeth Area and was told someone would come out to fix a leak in my bathroom between 8am and 10am. At first, the company called me back to cancel because &quot;I live outside of their service area.&quot; The company blamed the error on a new employee. Within minutes, I received a call from someone else stating the service was approved by a supervisor and a technician should be expected as scheduled. The next morning, I received a call back stating another supervisor overrided the previous supervisor's decision and no technician was being sent out. This is just poor customer service. I need the repair done immediately as it is a leak into a neighbor's apartment. The neighbor even the took the day off from work to wait for the technician. I would not recommend this company.

We had no heat and we called Russo Bros at 9pm. They had a tech at our house at 7:30am the next morning who quickly diagnosed the problem and fixed it. The tech was polite, clearly explained what the problem was and how to avoid it. Extremely satisfied and warm!