The Maids is the smartest choice in home cleaning. Call Today for a Free House Cleaning Estimate.

General Info
There’s a healthy difference between The Maids and other housecleaning services. The Maids is the only residential cleaning service to clean for health; using the company's exclusive 22-Step Healthy Touch Deep Cleaning System. This unique cleaning method sets us apart from other cleaning companies. We provide customers with cleaner, healthier homes through using environmentally preferable cleaning products, a strategic, methodic cleaning approach and state-of-the-art equipment, including our back pack vacuum with HEPA filtration that can capture up to 99 percent of all dust, allergens, bacteria, pet dander, pollen and other pollutants. Our four-person teams arrive in a yellow company car and immediately get down to business, freeing you to deal with more important things. Each team member is given a particular area of focus, concentrating on your kitchen, your bathroom, the dusting or the vacuuming. Additionally, our cleaning professionals are bonded and insured and your satisfaction is 100 percent guaranteed. So, call today and find out how The Maids gives new meaning to thorough. See for yourself why top to bottom, above and beyond, The Maids are Referred for a Reason.
Hours
Regular Hours
Services/Products
* Move-In / Move-Out Cleans * Same Day Residential Cleaning Services
Payment method
visa, master card, amex, discover
Associations
Accredited by the BBB.
Categories
Maid & Butler Services, Cleaning Contractors, House Cleaning
Banner 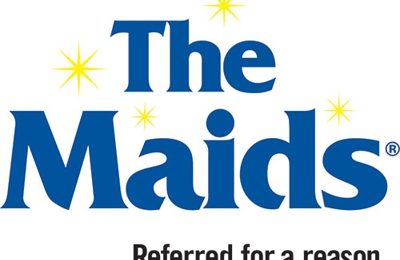 I can never seem to get my whole house clean at one time. I had The Maids come to my home. When I came back not only was it all done but it smelled clean! The fixtures looked brand new and I actually did not have to lift a finger. I got so much done this weekend because I did not first have to clean the house. They were on time and brought everything they needed. I highly recommend them!

The Maids in Durham have been cleaning my house for several months, and do a fabulous job. They arrive on time and are professional and thorough. A team of 3 or 4 arrives ready to work, and get right to it. I am very happy with the work that they do. The front office staff are responsive and flexible when you need to adjust the cleaning schedule. I highly recommend them.

After having our home cleaned for a wedding, we have been using The Maids on a regular basis. The teams are always professional and curteous and show up when they say they will. Our home has never been so clean.

I can handle the occasional problem with a cleaning service, and The Maids did have the occasional problem, including entire rooms not being touched. But I cannot handle theft, and that is what happened. An item disappeared while they were in my home, and their response was unsatisfactory. I was told that they get complaints of theft all the time but then the people call back that they found the item. They would not submit my loss under their insurance, because to quote the manager ""I pay the premiums and mine will go up if I submit it"". The reason for insurance is in just such a case. Plus, the manager said they had asked the team and the team said they didn't steal the item. As if they would have confessed!!!!! The only recourse I had was to fire them, since they won't stand behind their promise of providing a reliable, safe cleaning team.