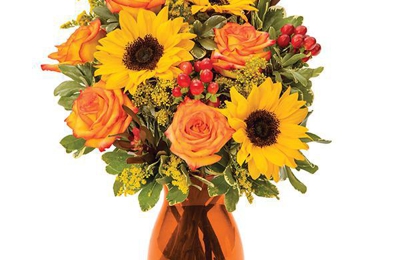 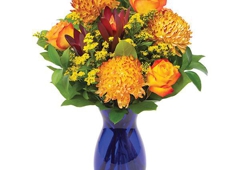 I recently used Rebecca's Flowers to send some just because flowers to some family as I live out of town. The original order was never made I called later in the day to let them know I had put some incorrect phone number on the order and was then informed that they did not have the flowers I had ordered and they canceled it I was never informed. They said they would make a substitute and send it out right away which was fine by me. The card wasn't written properly it didn't even say who the sender was and they where delivered to the wrong address the driver left them with the neighbors they took them to their final destination luckily they where nice and did that! When I called to rectify the situation the OWNER was probably one of the most tacky people I have ever dealt with. She was very hateful, short and unapologetic refusing to take any responsibility for the mistake. Simply stating "what is it that you want me to do about it I gave you a pretty good deal I didn't even charge you for delivery" in my mind I was thinking good because they didn't get delivered correctly anyway lol. The sad part was this was the OWNER! In the future I will use another flower shop and I hope whoever reads this takes to all the previous warnings and uses some other place it would be bad if a funeral or wedding where to suffer

My husband always seems to use Rebecca's my flowers are okay but they always deleiver them very late in the day! I am walking out of work by the time they show up. Why can't the make deleivers before 4 or 5 pm especially when there going to a business?

Don't ever waste your money in this shop! My husband procrastinated until Valentine's Day to order flowers. Rebecca's flowers agreed to make an arrangement only if it was "dealer's choice". Being desperate, he agreed. He brought home the most pitiful looking flowers I have ever seen. It was so bad that we was apologizing the moment he walked in the door. I can't believe they made him pay for them. It looked like they wadded up their leftover greenery that was wilting and paired it with three birds of paradise, which were also dying. It didn't look arranged at all. The tallest thing in the vase was literally a bare stem. It stuck out like a sore thumb. It looked like they realized a flower was dead and just snipped off the bloom instead of just replacing it. Not to mention, the remaining flowers were completely dead by the next morning. They weren't exposed to heat or cold, and they had plenty of water. I understand my husband waited until the last minute, but no florist with a conscience should sell dead flowers. This shop took advantage of my husband and he was too good-natured to refuse to pay.

I've recieved 2 arrangements from Rebecca's Flowers, both of them had issues!

The first one was a Gerbera Daisy which died overnight (I recieved it around 2:30p.m. the previous day). It was in a pretty ideal climate (cool room), but for some reason, it was dead the next day. Maybe it was the rhinestone in the middle... I don't know. It was pretty when I got it, but nothing spectacular. If the person who sent it to me knew how long it lasted, they would be SOOOO upset.

The second arrangement was bigger and more delicate. It had flowers that I had seen before. They recieved a regular water change and a VERY IDEAL climate! The flowers died lasted a whole day without dying! I was surprised after finding out these 2 were from the same shop. When I called about the flowers, they said to bring it in and they would replace the ONE flower that was completely wilted. The flower they replaced it with, completely clashed in the arrangement. I had to split the flowers into different vases to make it look somewhat presentable. I was completely and utterly embarrassed to take the "fixed" arrangement out of their shop.

I hope their "quality" isn't like this for other customers!

Whatever you do, don't use Rebecca's Flowers. I ordered flowers for a little girl after surgery and went by to pay for my order and the clerk couldn't find it, she asked me to come back. I never thought to ask if they got delivered and sure enough they didn't. No appology, no nothing.